Home » Cricket » IPL 2020: It is a nice experience to learn from Pat Cummins – Kamlesh Nagarkoti 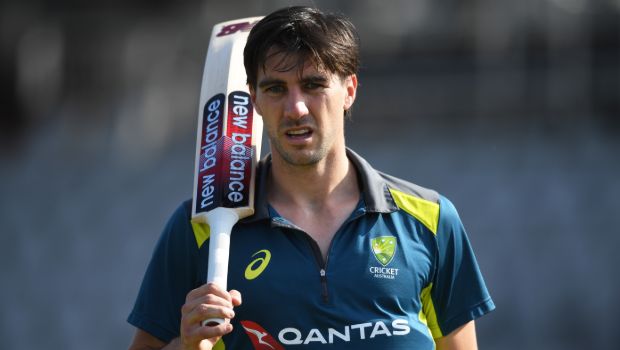 The best part about the IPL is the fact that it helps youngsters grow in confidence by playing with and against one of the best in the business.

Kamlesh Nagarkoti, who has had a tough time with a series of injuries after impressing one and all with his performances in the 2018 Under-19 World Cup, has received one such opportunity.

Nagarkoti is playing for Kolkata Knight Riders in the ongoing season and he gets to share the dressing room with stalwarts like Pat Cummins and Eoin Morgan. Cummins is the number one Test bowler in the world and has all the experience under his belt to guide the youngsters on the right track.

In fact, Cummins also had his injury woes in the formative years of his career as he played his second Test match after a gap of almost six years. Thus, Cummins understands the situation Nagarkoti finds himself in.

On the other hand, Kamlesh Nagarkoti went wicketless in his debut IPL match against Sunrisers Hyderabad. However, the 20-year old prodigy fast bowler struck with his first ball in his second game against Rajasthan Royals. The greenhorn pacer took two wickets in the two overs he bowled and conceded 13 runs.

Nagarkoti stated that it is a good learning experience for him to share the same stage with Pat Cummins.

“It’s a nice experience to learn from Pat Cummins who is a really good bowler. I try to execute what I learn from him,” Kamlesh Nagarkoti said after the game against RR.

On the other hand, Nagarkoti has been troubled by injuries in the last two years and gave his gratitude to everyone who stood by him during the hard times. The youngster also thanked his former Under-19 coach and now NCA director Rahul Dravid, who helped him during his rehabilitation at the academy.

Nagarkoti has also impressed with his fielding skills and took two catches against Rajasthan Royals. KKR will play their next match against Delhi Capitals at Sharjah Cricket Stadium on 3rd October.