IPL 2020: It is the best feeling ever – Shreyas Iyer on DC reaching first IPL final 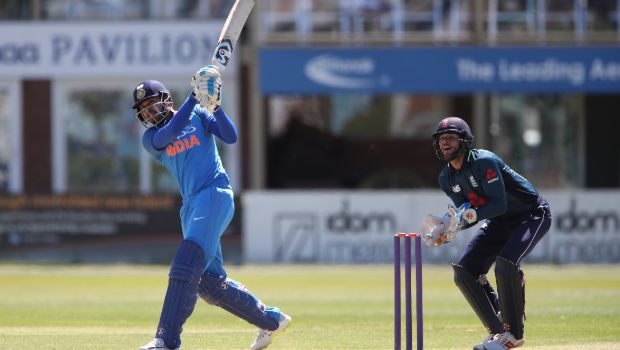 Delhi Capitals captain Shreyas Iyer is elated after his team reached the first ever final in the history of the tournament.

Delhi has always been inconsistent in the folklore of the IPL but they have been one of the front contenders for the trophy in the ongoing season.

Delhi had finished at the second place in the points table after eight wins from 14 matches. In fact, the Shreyas Iyer-led team had a perfect start to the tournament as they had won seven matches out of their first 10 league stage games.

Meanwhile, Delhi came into the second Qualifier with an aggressive attitude against Sunrisers Hyderabad at Sheikh Zayed Stadium, Abu Dhabi. DC decided to promote Marcus Stoinis to the opening position and the move paid dividends as the Australian all-rounder scored 27-ball 38.

Shikhar Dhawan continued his sublime form going as he scored 78 runs from 50 balls. Furthermore, Shimron Hetmyer, who made a comeback into the final XI, provided the finishing touches for the team as he clobbered 42 runs from 22 balls. Thus, DC were able to post a par score of 190 runs in their 20 overs.

Subsequently, Kagiso Rabada provided a perfect start to the team as he scalped the all-important wicket of David Warner on the first ball he bowled. Furthermore, Marcus Stoinis provided three crucial breakthroughs whereas Rabada ended with four wickets to halt SRH innings at 172-8.

Kane Williamson and Abdul Samad added some quick runs to give some jitters to DC but both of them were dismissed at the right time. Ergo, DC won by 17 runs to book their first ever IPL final.

DC came up with a collective effort against SRH and they will need to be at the top of their game to go past the Mumbai Indians juggernauts.

Shreyas Iyer said in the post-match ceremony, “Best feeling ever. Journey has been a rollercoaster. End of the day we stuck together as a family. Very happy with the effort every individual has put in. Has taught me many things. Lot of responsibility comes with being a captain. But have been getting support from coaches and support staff. On top of that the team has been so special. Really fortunate to have such an amazing team. The emotions keep going high and low, so you can’t have the same set of routines. Have to keep chopping and changing.”

DC will now face a stiff challenge from Mumbai Indians, who have been the most consistent team in the ongoing IPL. The final between the two teams will be played at Dubai International Cricket Stadium on November 10.