Home » Cricket » IPL 2020: It was a bit difficult but proud guys pulled it through – Anrich Nortje

IPL 2020: It was a bit difficult but proud guys pulled it through – Anrich Nortje 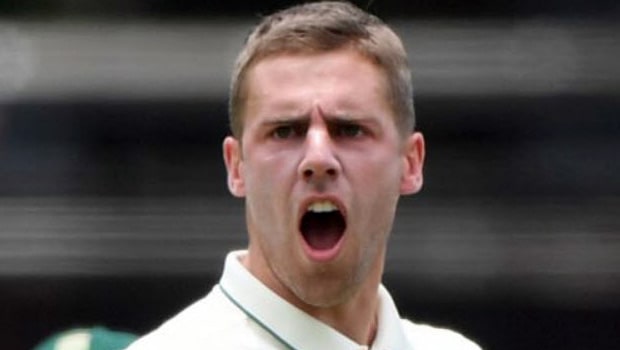 Delhi Capitals fast bowler Anrich Nortje has impressed with his performances in the ongoing Indian Premier League 2020. The Proteas pacer has breathed down the neck of the opposition batsmen with his extra pace and he has been right on the money thus far. Nortje, who had replaced Chris Woakes, has scalped five wickets in the four matches of the ongoing season.

The right-arm fast bowler was at his best against Kolkata Knight Riders at Sharjah Cricket Stadium on Saturday as he was the pick of the bowlers for Delhi Capitals.

Nortje was under pressure after his Proteas teammate and DC pack leader Kagiso Rabada conceded 23 runs in the 18th over. Eoin Morgan was going all guns blazing but Nortje was able to deliver the goods for Shreyas Iyer.

The fast bowler conceded only five runs in the 19th over and also scalped the crucial wicket of Eoin Morgan to help DC get on top. The pacer finished with three wickets and conceded 33 runs in his quota of four overs. Thus, Nortje gave away his runs at an economy rate of 8.20.

Nortje admitted that it was a bit difficult to even defend a big score such as 228 at Sharjah Cricket Stadium, which is a paradise for the batsmen.

Nortje said after the match, “We wanted to use the conditions to the best of our ability. There was a little bit of dew. Myself and KG tried to get a few to go through. We did it at the start. It got a little bit tough in the end, the ball was coming on nicely. It was a bit difficult, proud that the guys pulled it through. We had different plans – try and change it up, not go with the same thing over and over again”.

Nortje provided a fine start to his team as he was able to dismiss Sunil Narine. The 26-year old fast bowler added he is enjoying bowling with Kagiso Rabada, who is one of the best bowlers in the world.

Nortje will look to continue his good form going for his team in the IPL. Delhi Capitals will play their next game against Royal Challengers Bangalore at Dubai International Cricket Stadium on 5th October.