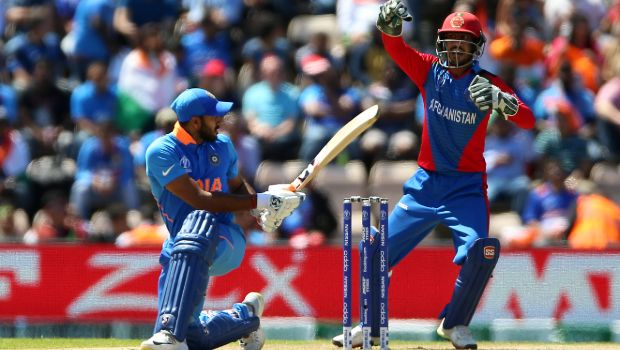 Sunrisers Hyderabad all-rounder Vijay Shankar revealed he was under the pump when he went out to bat against Rajasthan Royals at Dubai International Cricket Stadium on Thursday.

SRH were reeling at 16-2 while chasing 155 runs when Shankar joined forces with Manish Pandey.

Shankar had only got the opportunity to face 18 balls before this inning and he hadn’t done much of notice in those few chances. The Tamil Nadu all-rounder stated that it was a do or die game for him as he hadn’t delivered the goods for the team thus far in the tournament.

Jofra Archer was breathing fire and thus Shankar took his time in the initial phase of his knock as he trudged to nine runs from 15 balls. On the other hand, Manish Pandey was able to time the ball to perfection and scored his runs at an impressive strike rate to take the pressure of the shoulders of Shankar.

Shankar was happy to play second fiddle to Pandey who looked in fine form. However, Shankar took the attack on Jofra Archer and smashed RR’s best bowler for a hat-trick of boundaries when the pressure was mounting in the fag end of the innings. Shankar scored 52 runs from 51 and played a key role along with Pandey to take his team to a convincing win of eight wickets.

The pair added 140 runs for the third wicket and it was a good sign for SRH as their middle order was finally able to fire after a lot of failures.

Vijay Shankar said after the game,”We knew we had to stay in the middle to take the game deep. If you ask me personally, it was a do or die game for me. I’ve not had the best of time with the bat. I had to perform in this game. Fortunately or unfortunately we lost early wickets which made the team decide to send me up the order. Really happy to play such an innings.”

It was a much needed win for SRH as they were able to keep their playoff hopes alive. This knock will also add a shot in the arm to Vijay Shankar, who has failed to achieve any kind of momentum. Furthermore, Shankar also scalped the crucial wicket of Jos Buttler and conceded only 15 runs in his three overs.

SRH will play their next match against Kings XI Punjab at Dubai International Cricket Stadium on 24th October.