Home » Cricket » IPL 2020: It was a dream come true to bat with MS Dhoni – Ruturaj Gaikwad

IPL 2020: It was a dream come true to bat with MS Dhoni – Ruturaj Gaikwad 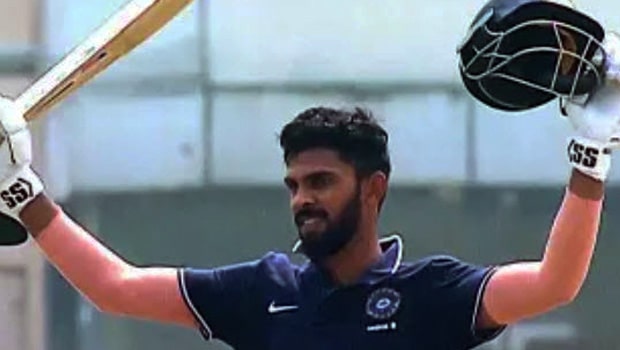 Every aspiring player has a dream of playing against and with one of the best in the business. Ruturaj Gaikwad, Chennai Super Kings young batsman, had similar dreams and the same came true when he got the opportunity to bat with MS Dhoni on Sunday. With the season done and dusted for CSK, the team gave more opportunities to youngsters.

Consequently, the Maharastrian batsman got the chance to open the innings with Faf du Plessis. Gaikwad hadn’t done much of notice in the few opportunities he had got but he was at his best against Royal Challengers Bangalore at Dubai International Cricket Stadium on Sunday.

In fact, it has been a couple of difficult months for Gaikwad. The right-hander trained with the team in Chennai but he was tested positive for Coronavirus. Thus, he joined the team late. In fact, Ruturaj was expected to have his opportunities in the middle order in the absence of Suresh Raina but it wasn’t to be the case.

Gaikwad scored a fine knock of 65 runs from 51 balls to help his team get the target of 146 runs against RCB. The 23-year old also added 37 runs with MS Dhoni and it was a fine experience for the rookie.

“I am feeling good but personal milestones don’t matter much until and unless you win for your team. I was part of the squad last year and this year also I didn’t get many chances this year also, so this means a lot,” Gaikwad told bowler Deepak Chahar in a video posted on iplt20.com.

“I was dreaming from the day you know when the camp started in Chennai and I had a feeling I might get a game and was hoping to play with Mahi bhai and obviously make a partnership. It helps me a lot, coming from Mahi Bhai that keeps focusing on the next games,” he added.

Meanwhile, CSK has had a horrid season as they were inconsistent with both bat and ball. As RR defeated MI by eight wickets, CSK were officially disqualified from the playoffs race. This is the first time when CSK have failed to make it to the last four of the tournament in their 11 appearances.