IPL 2020: It was a hard decision not to play Chris Gayle – KL Rahul 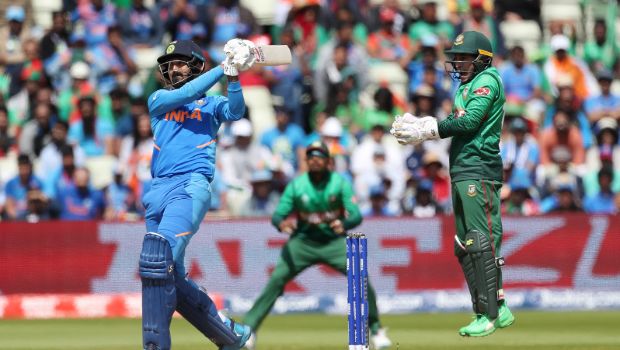 Kings XI Punjab skipper KL Rahul admitted that it was a hard decision not to play Chris Gayle in the initial phase of the tournament.

Punjab decided to keep Gayle out of the playing XI as Mayank Agarwal and KL Rahul opened the innings for the team. Subsequently, Gayle suffered from food poisoning and thus could not be part of the team’s final XI.

Punjab was on the ropes after the first phase of the league stage as they could only win a solitary match after seven matches. Thus, all the matches were must-win games for Punjab to keep their playoff hopes alive.

The KL Rahul-led team has been able to do that as they have won five matches on the bounce and a lot of credit goes to the Universe Boss. The team hasn’t lost a single contest since Gayle’s arrival in the playing XI. Gayle scored a fine knock of 53 runs against RCB in his maiden match of the season and he hasn’t looked back since then.

The southpaw was once again at his best against Kolkata Knight Riders as he scored a fine fifty from 25 balls. The left-hander took the pressure off the shoulders of Mandeep Singh, who was struggling to get going in the initial stage of his inning.

Gayle scored 51 from 29 balls with the help of two fours and five sixes at an impressive strike rate of 175.86 to help his team chase down 150 with eight wickets in hand.

KL Rahul was all praise for the veteran batsman and stated that he is hungry to score his runs. Rahul also noted that Gayle is pushing the youngsters in the team and he has added value to the team.

KL Rahul said in the post-match ceremony, “It was a very hard decision not to play him (Chris Gayle) because he was batting really well. This is the hungriest I have ever seen him in the last 7-8 years that I have played with him. He is running his ones and twos, so that’s refreshing. He’s always positive, always pushing the youngsters. It’s great to have someone with that much experience. To go out there and keep doing it game after game and year after year is inspiring. We love having Chris in the dressing room, he brings a lot to the team. Just his presence means a lot to the dressing room”.

KXIP has been able to turn the tables in the last five matches and they have come up with collective efforts. Punjab will look to continue the good show and win the last two games of the league stage to book their playoffs berth.