Home » Cricket » IPL 2020: It was a late call to give the new ball to Mohammed Siraj – Virat Kohli

IPL 2020: It was a late call to give the new ball to Mohammed Siraj – Virat Kohli 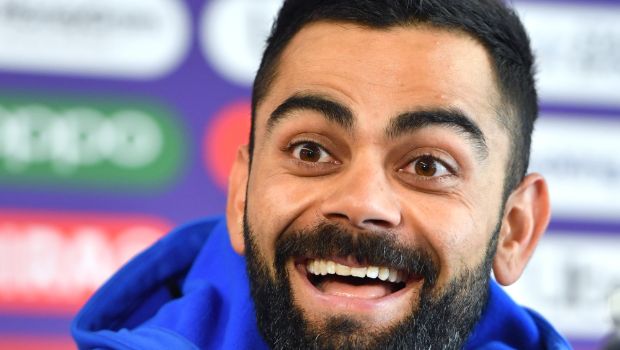 Royal Challengers Bangalore captain Virat Kohli revealed that it was a late call to give the new ball to Mohmmed Siraj against Kolkata Knight Riders at Sheikh Zayed Stadium, Abu Dhabi on Wednesday.

Kohli gave the first over to Chris Morris and he had a plan of giving the second over to off-spinner Washington Sundar.

However, when Kohli noticed that there was swing on offer for Chris Morris, he asked Mohammed Siraj to do his warm-up. Siraj bowled a double wicket maiden and then again bowled a wicket maiden to put RCB on top.

The fast bowler dismissed KKR opener Rahul Tripathi on his third ball when he produced an outside edge. Subsequently, Siraj got the ball to swing back into left-hander, Nitish Rana to disturb his timber. Siraj also dismissed Tom Banton and bowled magical two overs as he scalped three wickets and didn’t concede any run.

Siraj returned with figures of 3-8 in his four overs as he had a dream day at work. In fact, Siraj is mostly on the expensive side but the fast bowler was able to redeem himself as he bowled with fire.

Virat Kohli said in the post-match ceremony, “It was a late call to be honest (to give Siraj the new ball). Was thinking of giving Washy. When we got here, we saw the surface, it looked drier. At the toss I said that it was a good toss to lose. We would have batted first but the pitch just seemed to look much better under lights. We had the option of the plan to start with Washi and bring Morris in the second over, then we thought let’s give Siraj the new ball with Morris. Let him set the tone and then let Siraj try and swing the ball”.

On the other hand, Virat Kohli heaped praise on the team management for coming up with proper planning. Kohli stated that the think tank has put their weight behind the players and he has the faith in his players. The RCB captain added they have players who take them all the way in the tournament and it is all about executing their plans and skills on the field.

Kohli also praised Chris Morris, who has added a shot in the arm to the team since he has been part of the final XI. RCB is now at the second place in the points table after seven wins from 10 matches. The Virat Kohli-led team will next face Chennai Super Kings at Dubai International Cricket Stadium on 25th October.