IPL 2020: It was all about being ruthless – Rohit Sharma 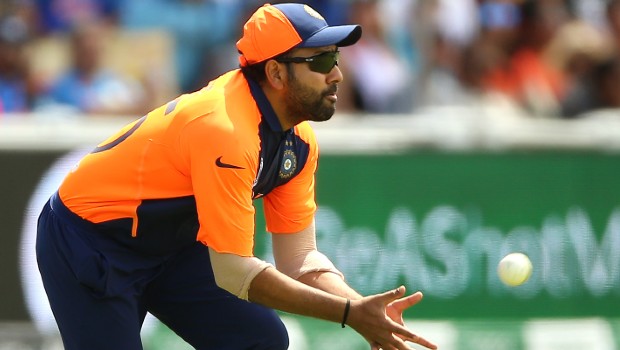 Mumbai Indians skipper Rohit Sharma stated that it was all about being ruthless after the team’s win over Kolkata Knight Riders by 49 runs at Sheikh Zayed Stadium, Abu Dhabi on Wednesday. The defending champions were at their best after losing the toss. Rohit Sharma led from the front as the right-hander scored a fine knock of 80 runs from just 54 balls and thus he was awarded the Player of the match.

Rohit added a sparkling alliance of 90 runs with Suryakumar Yadav to provide a perfect platform to the team. Subsequently, Mumbai posted a par total of 195 runs as they batted at the top of their game.

On the other hand, the reigning champions were right on the money with the ball. Mumbai never let the KKR batsman settle and got the wickets at regular intervals. Mumbai pegged Kolkata on the backfoot as they got two early wickets and Dinesh Karthik-led team was not able to find the impetus.

Dinesh Karthik and Nitish Rana got off to starts but could not convert it into substantial scores. The onus was then on England captain Eoin Morgan and talisman all-rounder Andre Russell but both of them were dismissed in a single over by Jasprit Bumrah, who was once again at his best after a poor start against CSK.

Thus, it was a collective team effort from the four-time champions as they delivered the goods against KKR.

Rohit Sharma said in the post-match ceremony, “It was all about how we executed our plans today, we were in good positions and it was all about being ruthless. The wicket was good and dew was coming down. I back myself to play the pull shots and have practiced quite a bit. Pretty happy with the performance of my squad”.

Mumbai will aim to continue the good show in the coming matches and they are always a dangerous unit in the IPL. They once again have the right balance in their squad and they would look to go all the way in the tournament.

MI will play their next match against Royal Challengers Bangalore at Dubai International Stadium on 28th September.