Home » Cricket » IPL 2020: It was an incredible knock from Wriddhiman Saha – David Warner

IPL 2020: It was an incredible knock from Wriddhiman Saha – David Warner 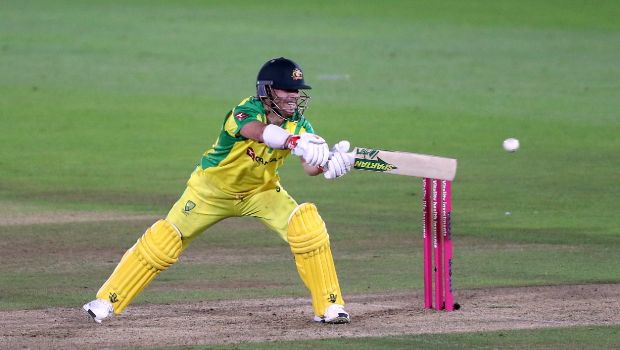 Warner and Saha both started their inning aggressively after DC skipper Shreyas Iyer won the toss and decided to field first.

The pitch was stopping a bit in the initial phase but David Warner unleashed the beast mode and took the attack against the opposition. Saha, who was playing his second match of the season, also started aggressively.

Warner smashed the ball hard whereas Saha focussed more on getting his timing right, which is his forte. The pair clobbered 77 runs in the powerplay overs, which is the highest in the ongoing season of the IPL. Warner took 22 runs from Kagiso Rabada’s second over and it set the tone for SRH.

Warner and Saha posted a fine opening alliance of 107 runs within the first 10 overs to give a perfect start to their team. The left and right-hand batting combination set up a fine platform for a gargantuan total for the Orange Army.

Warner completed his half century from 25 balls and he was dismissed after scoring 66 from 34 balls. Saha continued the good work and he reached his fifty off 27 balls. The right-hander scored 87 runs from 45 balls with the help of a dozen fours and two maximums. Thus, the right-hander scored his runs at a whirlwind strike rate of 193.33.

Warner also admitted that it was a difficult decision to get Saha in place of Jonny Bairstow but the decision paid off in the end. Saha didn’t keep the wickets as he suffered a niggle while batting.

David Warner said while talking in the post-match ceremony, “Difficult decision to leave Jonny out and get Saha in, and especially batting a batsman like Kane at 4. Incredible knock from Saha though and his strike-rate in the powerplay was incredible. Unfortunately he’s got a little groin niggle but hopefully it isn’t too bad”.

SRH skittled out Delhi Capitals for a paltry 131 and won by a massive margin of 88 runs. SRH have kept their hopes alive for the playoffs and they will need to win the next two matches but they are dependent on the results of other teams.