Home » Cricket » IPL 2020: It was just a matter of time before Shane Watson got going – MS Dhoni

IPL 2020: It was just a matter of time before Shane Watson got going – MS Dhoni 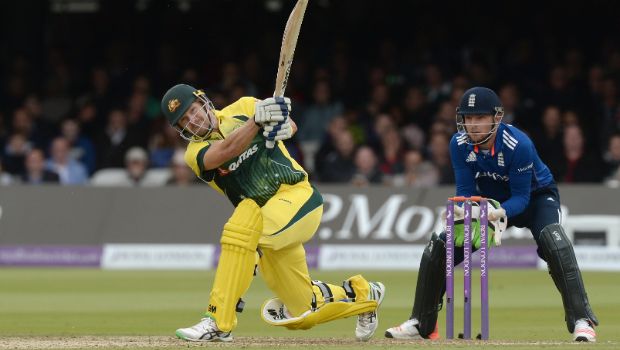 Chennai Super Kings captain MS Dhoni was delighted after a complete performance from his team against Kings XI Punjab at Dubai International Cricket Stadium on Sunday.

CSK obliterated KXIP by 10 wickets as Faf du Plessis continued his purple patch whereas Shane Watson returned back to form – to help their team chase down 178 runs.

It is always known that CSK back their out of form players longer than the other franchises. It was a similar story as Shane Watson was given an extended run by Dhoni and head coach Stephen Fleming. The former Australian all-rounder stood tall to the faith shown in him as he scored 83 off just 53 balls.

The right-hander was at his absolute best and grew in confidence as his inning progressed. The talisman scored 11 fours and three maximums in his blistering knock, which also helped him win the Player of the match award.

Dhoni revealed that Watson was looking in good touch in the net sessions and it was a matter of time before he delivered the goods for the team.

MS Dhoni said in the post-match ceremony, “Did the small things right. Believed in the process. We were looking for the kind of start today. That’s where experience counts. It’s not about being more aggressive. Watson was looking good in the nets. But what you want is to replicate that. It was just a matter of time that he gets going.”

On the other hand, Faf du Plessis also continued his good form and scored at a fine strike rate of 164.15 to help his team dominate the run chase. In fact, at no stage Faf du Plessis and Shane Watson looked like getting out and KXIP bowlers had no answers to their onslaught. Furthermore, the CSK bowlers did well to restrict KXIP to 178 runs as they bowled in the right areas.

It was a much needed win for CSK as they had lost three matches in a row. This win will do wonders to the team and they would aim to continue the good show.

Chennai have now moved to the sixth place in the points table. CSK will play their next match against Kolkata Knight Riders at Sheikh Zayed Stadium, Abu Dhabi on 7th October.