Home » Cricket » IPL 2020: It was probably our worst performance of the season – Rohit Sharma

IPL 2020: It was probably our worst performance of the season – Rohit Sharma 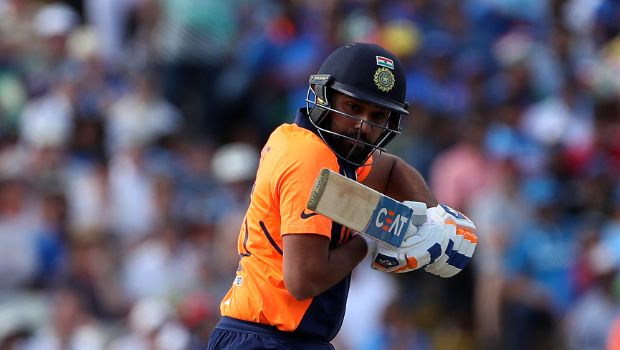 Mumbai Indians skipper Rohit Sharma reckons the defeat against Sunrisers Hyderabad at Sharjah Cricket Stadium on Tuesday was the worst performance of his team in the ongoing season.

SRH totally outplayed Mumbai Indians as they comprehensively won by 10 wickets and even had 17 balls to spare in the run-chase.

It was a dominating performance from the Orange Army as they obliterated the defending champions. However, Mumbai Indians rested their main bowlers in Jasprit Bumrah and Trent Boult after having already sealed the top place in the points table. Furthermore, MI had rested Hardik Pandya and didn’t play to their full-strength.

Meanwhile, SRH bowlers did a fine job in keeping MI in check as the defending champions could only post 149 runs on the board after David Warner won the toss. Sandeep Sharma scalped three wickets whereas Jason Holder and Shahbaz Nadeem snared two wickets each.

Subsequently, SRH cruised to the target with 10 wickets in hand after a fine opening alliance between David Warner and Wriddhiman Saha. Warner scored an unbeaten 85 whereas Saha scored 58 runs to help their team get over the line.

Rohit Sharma said in the post-match ceremony, “Not the day we want to remember, probably our worst performance of the season. We wanted to try a few things, it didn’t go our way. We knew dew was going to play a factor and we wanted to take the toss out of consideration, but we didn’t play good cricket today”.

On the other hand, Rohit Sharma returned back to action after recovering from the hamstring injury. Rohit revealed that he is absolutely fine and it was good to be back. However, Rohit isn’t named in any of the squads for the Australian tour and it is expected that he would now be named in all the three squads by the selectors.

Rohit added, “I was happy to be back, it’s been a while. I’m looking forward to playing a few more games here, let’s see what happens. It (hamstring) is fine, absolutely”.

Mumbai Indians have a potent unit and they have been the most consistent team in the ongoing season of the IPL. Thus, Rohit Sharma will try to forget this dismal performance as soon as possible and the team will aim to prepare their best for the all-important Qualifier.