IPL 2020: It will come down to who plays spin better – Dean Jones 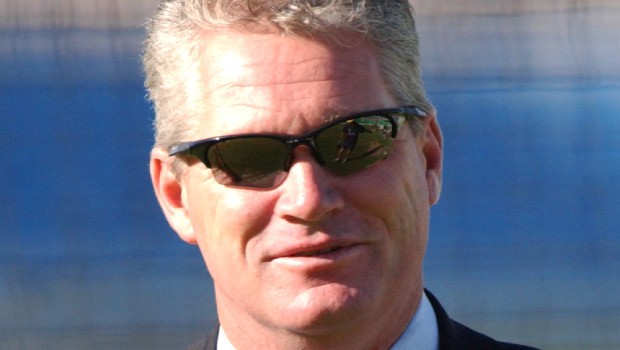 Former Australian batsman Dean Jones believes that the team which plays spin better in the IPL 2020 will have a better chance of going all the way in the tournament. Jones has the experience of coaching Pakistan Super League team Karachi Kings and he reckons that the spin is going to play a major part. The PSL, except for 2020, was hosted majorly in the UAE and the former batsman has a good idea of how the pitches will behave.

As the matches will be played only in three venues – Dubai, Abu Dhabi and Sharjah, Jones feels that the pitches would get tired and there would be help for the spinners as the tournament will progress into the mid-stage.

In fact, the spinners have always played a key role in the success of a team in the IPL and they are once again going to come into play. The Indian conditions are conducive to spinners and the same conditions are expected in the UAE. Consequently, the spinners would be licking their lips as they would get to bowl in spin friendly conditions.

Jones believes that some teams might even play three spinners in their playing XI and they could go in with only two fast bowlers. It would be interesting to note the team’s stratagem and their playing combination will depend on the conditions.

It is never easy to get away spinners for runs as they don’t provide the pace on the ball. Furthermore, there could be help for the spinners in the three stadiums, which have been selected to host the 54-day event.

Dean Jones said while talking to Hindustan Times, “Well, they will be using all three grounds at Dubai, Sharjah and Abu Dhabi. Whenever I have commentated there or coached in the PSL, I can say they all have their individual characteristics. You need to make sure you have got your match-ups right. The major concern for all the teams would be that with so much cricket being played on all three venues, the pitches will get tired and that’s only natural.

“So, it might come down to who plays spin better. Some teams might pick three spinners and only two quicks. At the start the pitches will be great to bat on but there is no doubt that they will get tired as the tournament goes on,” the former Aussie batsman said.

All the eight IPL teams are expected to reach UAE in the third week of August and they will get almost one month to prepare themselves for the mega event. The players can get used to the conditions and the training sessions will come in handy for the teams.

The players will be playing after a long hiatus and they would look to hit the ground running. It won’t be easy for them to find their groove from the get-go and thus one month preparation should be good enough.