IPL 2020: James Neesham is not a match-winner – Aakash Chopra 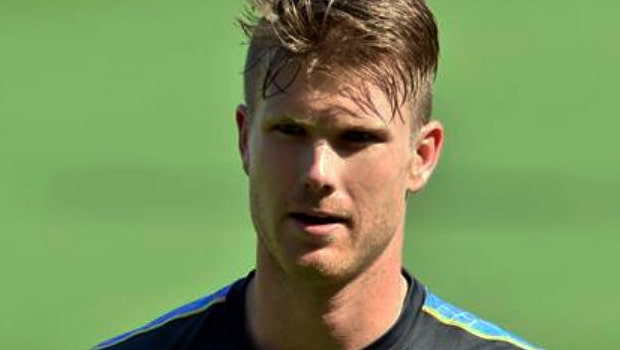 Former Indian opener and now commentator Aakash Chopra is not at all impressed by the Kings XI Punjab selection decisions. Chopra is perplexed by the fact that Afghanistan mystery spinner Mujeeb Ur Rehman doesn’t find a place in the final XI. The commentator also stated that James Neesham is not a match-winner and he is surprised to note his inclusion in the playing XI as he is not able to create an impact.

Chopra feels Neesham can neither bowl in the powerplay overs nor he can bowl in the death overs. The medium-pacer conceded 52 runs in his quota of four overs at an economy rate of 13 runs/over against Mumbai Indians. Furthermore, the New Zealand all-rounder has failed to deliver the goods with the bat as a finisher.

KXIP have failed to come up with a collective effort and they are reliant on the shoulders of their openers of Mayank Agarwal and KL Rahul. Moreover, Punjab has struggled to keep the opposition batsmen in check in the fag end of the inning.

“First thing is that Kings XI Punjab is not playing the right team. Honestly, they are the only team in the world where Mujeeb is not able to make it to the playing XI after being in the squad.”

“They play Neesham, an overseas fast bowler, who neither bowls in the powerplay nor in the death overs. He is neither a great finisher nor a big batsman who bats in the top four or five. So why is Kings XI Punjab playing him? You are playing a player who is not really a match-winner.”

Kings XI Punjab has lost three matches out of the four they have played. KL Rahul-led team has failed to grab the crucial stages of the matches, which has led to their downfall. In fact, the team was in a winning position in their match against Delhi Capitals and Rajasthan Royals but they could not close out the match.

Punjab required one run off the last three balls against Delhi Capitals but ended up on the wrong side of the result. Subsequently, they were on top against Rajasthan Royals but Rahul Tewatia was able to turn the match on its head.

Punjab would need to make a roaring comeback in the upcoming matches. KXIP will play their next match against Chennai Super Kings at Dubai International Stadium on 4th October.