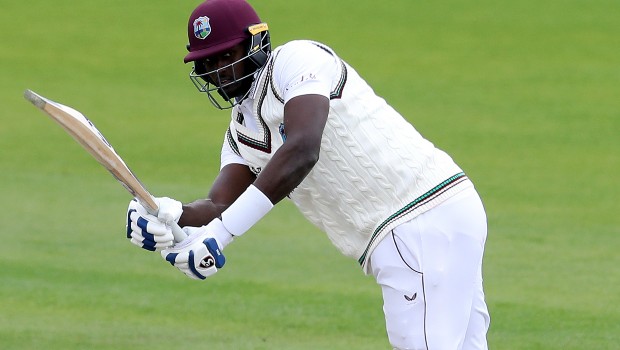 Sunrisers Hyderabad all-rounder Mitchell Marsh has been ruled out of the ongoing Indian Premier League 2020 and he will be replaced by West Indies Test skipper Jason Holder, the franchise announced on Wednesday. Marsh suffered an ankle injury after bowling his second ball in SRH’s season opener against Royal Challengers Bangalore on Monday at Dubai International Stadium.

Subsequently, he managed to bowl two more deliveries before limping off the field. In fact, Marsh showed courage as he came out to bat when the game was almost done and dusted for SRH. But the Australian all-rounder aggravated his injury in an attempt to hit the big shot as he was not in a condition to put any weight on his right ankle.

SRH skipper David Warner had revealed in the post-match ceremony that Marsh’s injury doesn’t look great. In fact, the team sources had also hinted that Marsh could go on to miss the entire IPL.

Marsh has had a long history of injuries and his career has been marred by the same. In 2018, he required an surgery on his left ankle after the tour of South Africa. Furthermore, Marsh had also fractured his wrist after punching the wall in frustration during the Sheffield Shield fixture.

Moreover, he had missed IPL 2016 for Rising Pune Supergiant with a side strain and then missed the subsequent season with a shoulder injury.

On the other hand, Jason Holder has played for three IPL teams, including Sunrisers Hyderabad. In fact, his last IPL match was against SRH back in 2016. Holder has thus far scalped five wickets in the 11 IPL matches and has scored 38 runs.

The West Indies Test skipper had shown great form in the red-ball version in the recent past and it would be interesting to note his performances in the ongoing IPL.

SRH will play their next match against Kolkata Knight Riders at Sheikh Zayed Stadium, Abu Dhabi on 26th September.