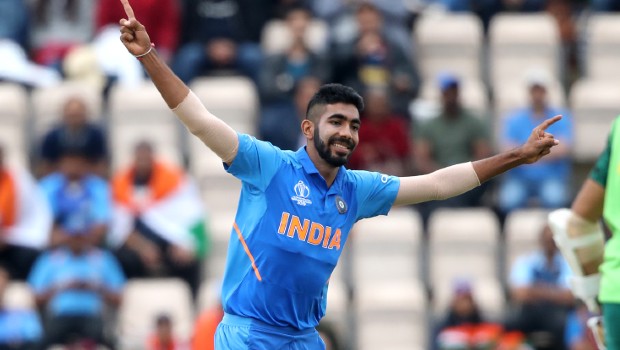 Former Indian opener and Kolkata Knight Riders captain Gautam Gambhir has picked Jasprit Bumrah as one bowler who can stop KKR all-rounder Andre Russell. The combative batsman is known for his pyrotechnics and it is not easy for the bowlers to put the brakes on him. Russell was in the beast mode in IPL 2019 as he had scored 510 runs in 13 innings at an average of 56.67 and a whirlwind strike rate of 204.82.

Furthermore, Russell had also scalped 11 wickets in 14 matches as he had come up with a complete performance with both bat and ball. Ergo, Russell was awarded the Player of the tournament in the last season. In fact, KKR was heavily dependent on the shoulders of their talisman all-rounder.

On the other hand, Jasprit Bumrah is one of the best death bowlers in the world and he is always right on the money in the fag end of the innings. Bumrah has played 77 IPL matches in which he has scalped 82 wickets. The gun pacer concedes his runs at an economy rate of 7.56.

Consequently, it will be an interesting battle when Jasprit Bumrah will bowl to Andre Russell. The duo would be up against one another when they Mumbai Indians will face Kolkata Knight Riders at Sheikh Zayed Stadium in Abu Dhabi on 23rd September.

“There might be two or three of them in the IPL who could trouble him but not beyond that. I don’t see bowlers other than probably someone like Jasprit Bumrah who can actually trouble Andre Russell,” Gambhir said on Cricket Connected.

Meanwhile, Mumbai Indians legendary pacer Lasith Malinga has pulled out of the IPL due to personal reasons and thus Jasprit Bumrah will be the pack leader of the team.

Mumbai Indians will play their opening match against runners-up Chennai Super Kings whereas Kolkata Knight Riders’ first match of the season is against Mumbai Indians.

On the other hand, KKR mentor David Hussey had revealed that they are thinking of promoting Andre Russell to the number three position. Hussey had stated that Russell can score a double century if he gets to bat 10 overs.

The IPL will begin from September 19.