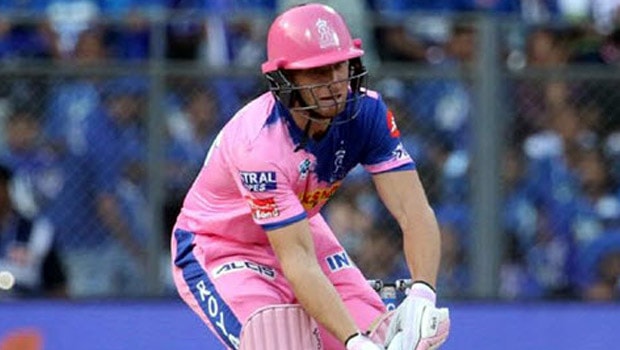 Rajasthan Royals wicket-keeper batsman Jos Buttler is hopeful that the forthcoming edition of Indian Premier League can be held if it is shortened. IPL is one of the biggest cricketing events of the year but it is under the dark clouds due to the outbreak of coronavirus.

Meanwhile, BCCI president Sourav Ganguly had earlier confirmed that the tourney will be a truncated one if it happens. It was also reported by a BCCI official that the 13th season of the IPL is possible even if it kicks off in the first week of May.

However, there is no official confirmation on the future of the competition amid this tumultuous time. Buttler understands the human lives are at stake and organisers will need to consider all the aspects before coming to a final decision.

“No news at the moment. We saw, initially, that it was going to be postponed. It’s very hard to see this changing in the immediate future, so I don’t see that as a possibility at the moment,” Buttler said in a Sky Sports podcast. “Obviously, it’s such a massive tournament for world cricket, so hopefully some of it can go ahead — perhaps a shortened tournament.”

On the other hand, India’s Prime Minister Narendra Modi had declared a 21-day lockdown on March 24. Thus, the chances of IPL happening are slim. Furthermore, there are visa restrictions till April 15 and there will be no International flights till 0000 hours of April 15.

Meanwhile, Jos Buttler is one of the most consistent players for Rajasthan Royals. The pugnacious right-hander has scored 1386 runs in 45 IPL matches at an average of 35.54 and a staggering strike rate of 150.82. The talisman who is known for his blistering batting, was in prime form in IPL 2018 as he had scored 548 runs in 13 matches at an average of 54.8 and an outstanding strike rate of 155.24.

Buttler has the skills to turn the match on its head and he would be raring to go in the IPL 2020, provided the tournament goes on. The combative batsman has also done a fine job for England and would look to repeat the same in the IPL.