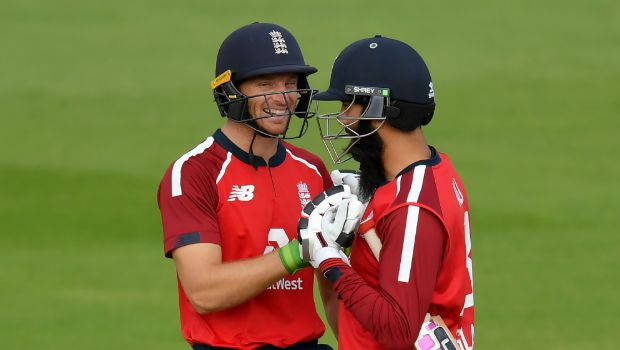 Buttler adds solidarity in the middle order and he did a fine job for the team against CSK.

Rajasthan was in a pickle as they lost three early wickets after 28 runs on the board however Buttler played his natural game and took the pressure off Steve Smith, who was struggling to find his timing.

In fact, Buttler had savoured great success for Rajasthan in the previous season while opening the innings. The England wicket-keeper batsman also opened the innings in the initial phase of the ongoing season but he was not able to deliver the goods.

Buttler can add the finishing touches for Rajasthan Royals while batting at number five. The right-hander was at his best against Chennai and Royals will hope that Buttler continues the good show.

Smith feels it is a difficult decision to bat Buttler in the middle-order but it paid dividends against CSK. It also allows RR to let Robin Uthappa, who hasn’t been in the best of forms, open the innings with Ben Stokes. Thus, there is a better balance in the batting order.

Steve Smith said in the post-match press conference, “It’s an interesting one. Jos is obviously an unbelievable player at the top. I also believe he’s got capabilities to do what AB de Villiers, and Pollards and Hardik Pandyas, guys like that can do at the back end.

On the other hand, RR’s win was set up by the bowlers who handcuffed CSK’s batsman after MS Dhoni won the toss. Chennai failed to get any kind of impetus in their innings as they posted only 125 runs in their 20 overs. Jofra Archer, Shreyas Gopal and Rahul Tewatia all conceded their runs at less than five runs/over.

RR have kept themselves in the playoffs race after their win over CSK. The Steven Smith-led team will next play against Sunrisers Hyderabad at Dubai International Cricket Stadium on 22nd October.