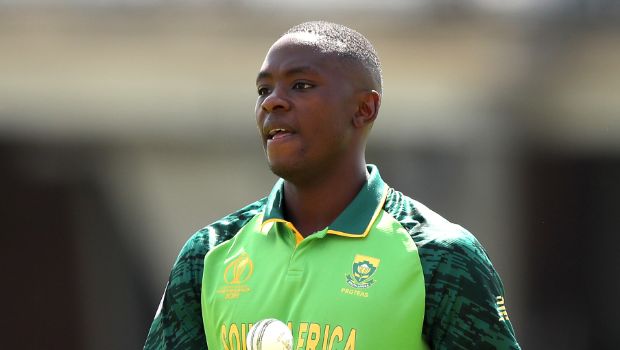 Both of these fast bowlers have been instrumental in the success of the team so far in the ongoing IPL 2020 and Dhawan stated that they are a lethal bowling combination.

The Proteas fast bowlers have breathed down the neck of the opposition batsmen with the extra yard of pace and they have been right on the money.

Rabada returned with figures of 1-28 against Rajasthan Royals at Dubai International Cricket on Wednesday whereas Anrich Nortje, who bowled the fastest delivery of the tournament, scalped 2-33 in his four overs quota, to be awarded the Player of the match. Thus, both of them were instrumental in defending a sub par total of 161 runs.

Meanwhile, Rabada is the Purple cap holder as the gun pacer has scalped 18 wickets in eight matches whereas Nortje has snared 10 wickets. Both of these pacers have bowled with fire and they delivered the goods for their team at both ends of the innings.

Rabada has bowled with a brilliant average of 13.39 whereas Nortje has an average of 23.50 in the ongoing season. It is a famous saying that ‘batsmen wins you matches whereas the bowlers win you the tournament’ and Nortje and Rabada have shown the skills to take DC to their maiden IPL title.

Meanwhile, Shikhar Dhawan had taken over the captaincy baton after Shreyas Iyer suffered a shoulder injury when he dived to stop the ball.

“Nortje and Rabada are great bowlers, Rabada is a legend, when they both bowl as a partnership, it is lethal, they have been taking early wickets and when we bring them back during the death overs, we know they will do the job, we are fortunate to have this class of bowling, spinners also have been doing their job. Everyone is performing and that is a sign of a good team,” said Dhawan during the post-match press conference.

Delhi Capitals have come up with great performances and a lot of credit for their success goes to their pace battery. Tushar Deshpande also had a decent IPL debut as he scalped two wickets in his four overs.

Delhi Capitals is at the top of the points table after six wins from eight matches. DC will next face CSK at Sharjah Cricket Stadium on 17th October.