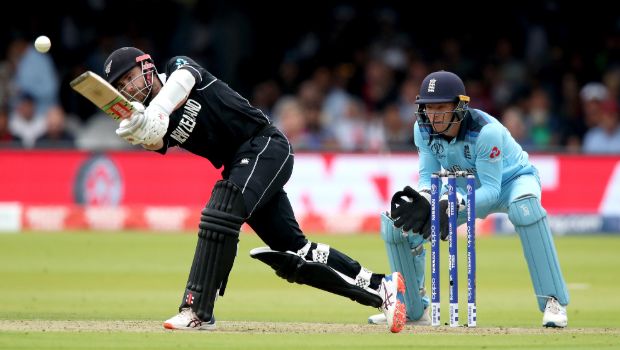 SRH have an inexperienced lower-middle order with the likes of Priyam Garg and Abhishek Sharma and it is crucial to guide them on the right path.

Meanwhile, SRH batting has been over reliant on the shoulders of David Warner, Jonny Bairstow, Manish Pandey and Kane Williamson. However, the young guns have failed to grab their opportunities. Priyam Garg has scored one fifty thus far but has failed to get going in the tournament.

Williamson has all the experience under his belt and he can guide the young players on the right track. SRH have a young team and it is imperative for Bayliss and the senior batsmen of the team to get the best out of the young boys.

“There is an argument for that obviously. He is a high quality player. At the moment, he is playing the role for us at No.4 and hopefully bat with some of those young guys in the lower middle-order and use his experience to help them out.”

“He is a very good player. If he bats at No.3, he could make bigger scores but that’s his role at the moment, to bat at No.4 for us.”

Meanwhile, Kane Williamson was the lone warrior for the team against Chennai Super Kings at Dubai International Cricket Stadium on Tuesday as he scored 57 runs from 39 balls. The rest of the SRH batsmen could not get going as they felt short of their target of 168 runs against CSK by 20 runs.

Jonny Bairstow and Priyam Garg got off to starts but failed to convert their them into substantial scores.

It is important for SRH to learn from their mistakes and make a roaring comeback in the coming matches. The Orange Army will need a collective batting effort but they haven’t been able to come up with the goods.

SRH will want more from their batsmen as their bowling unit has done a fine job so far in the tournament. The Orange Army has won three matches out of the eight they have played and they will need to come up with better performances in the upcoming matches.