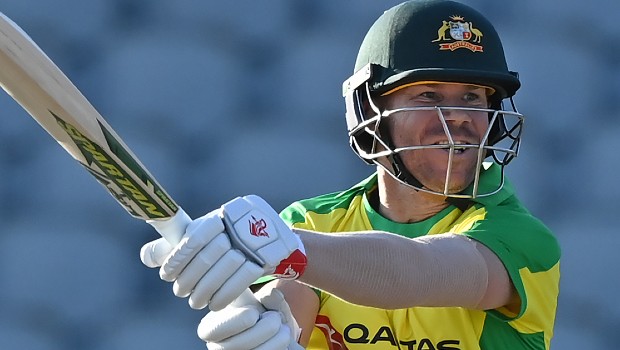 Sunrisers Hyderabad skipper David Warner has clarified that Kane Williamson missed the opening match against Royal Challengers Bangalore due to injury. It was surprising to note no Williamson in the final XI of SRH but Warner revealed the reason behind the New Zealander’s absence.

Warner stated that Williamson hurt his quadriceps while training the other day with Mohammad Nabi, who also was not part of the final XI for SRH in their opening fixture.

With the absence of Kane Williamson, it was a bleak middle order for Sunrisers Hyderabad. The Orange Army lacked experience in their batting order as they had young batters like Vijay Shankar, Abhishek Sharma and Priyam Garg.

SRH were on top at 121-2 but the batting collapse saw them lose the match by 10 runs. The David Warner-led team lost their last eight wickets for only 32 runs as they came crashing down.

On the other hand, SRH faced a huge blow as their all-rounder Mitchell Marsh suffered an ankle injury while bowling the fourth ball of his first over. Marsh tried to stop a single off his own bowling but twisted his ankle in an attempt to do so.

“Kane Williamson is not fit, he hurt his quad (quadriceps) while training the other day and (with) Mohammad Nabi. We felt like playing two spinners here. Given the thought process, we wanted to chase which probably was not an option if we got stuck the other way, so we went with a bowling all-rounder hitting the wicket as hard as we could. Obviously, disappointing for Mitchell (Marsh) to go down as he did,” Warner said in a post-match conference.

SRH will hope Kane Williamson recovers before their next game in the IPL 2020. The New Zealand captain had finished IPL 2018 as the leading run-getter as he had scored 735 runs in 17 IPL matches and played a crucial role in taking his team to the final of the event. Williamson will bring experience to the batting order and SRH will hope the talisman to be at his best.

SRH will play their next game against Kolkata Knight Riders at Sheikh Zayed Stadium, Abu Dhabi on 26th September and they will aim to bounce back after their first game loss.