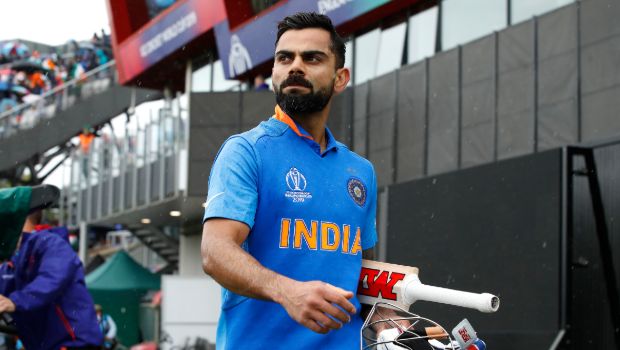 Former England batsman and now a commentator Kevin Pietersen has put his weight behind under fire Virat Kohli.

The RCB captain hasn’t been in the best of forms as he has thus far scored 15 runs in the first two matches of the ongoing Indian Premier League 2020. Pietersen feels no crowd has had an impact on the performance of showman, Virat Kohli.

Kohli has always known to up his game with the backing of the crowd and he has thrived in his performances. However, the IPL matches are being played behind closed doors due to coronavirus pandemic scare.

On the other hand, Kohli’s captaincy was also questioned in the last game against Kings XI Punjab. RCB bowlers conceded 74 runs in the last four overs and it played a major role in their defeat. Furthermore, Kohli dropped two catches of Kings XI Punjab captain KL Rahul, which cost his team extra 45-50 runs.

RCB have been inconsistent over the years in the IPL despite having a star studded team and Virat Kohli has often come under the scrutiny.

Kevin Pietersen said while talking on Star Sports, “Virat Kohli is the best of the best when it comes to batting and has the best showmanship of the sport. But there are no spectators and a showman needs spectators. So, at the moment, he is not very good, and he accepts that. But it will be very interesting to see if that graph does move and he gets used to playing. It will be the most interesting feature of this IPL to see Kohli with no crowds.”

Kohli has had two quiet games and he would be determined to turn the tide in his favour. The right-hander is going to hold the key for his team and he would look to be at his best.

RCB have thus far played two matches and they have won one and lost one. The Virat Kohli-led team will next face reigning champions Mumbai Indians at Dubai International Cricket Stadium today.