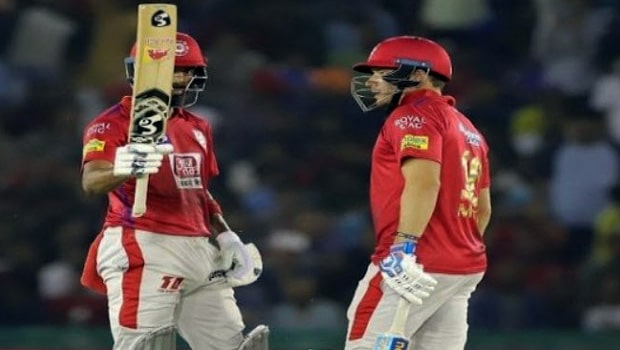 DC had won the toss and elected to bat. During their inning, they were restricted to 164/5, but KXIP met the target and recorded 167/5 with an over to spare.

In the game, Shikhar Dhawan became the first player to record back-to-back hundreds in the Indian premier event. As a result of his performance, he won the MAN OF THE MATCH award.

Speaking after achieving the feat, Dhawan felt he batted well and wants to carry the confidence. Unfortunately, his accomplishment was not enough to help his team secure a win – all thanks to Kings bowlers who restricted DC to under 170 runs.

He said the squad would identify where they went wrong and make necessary adjustments ahead of their next game on their loss. He believes that after analyzing the loss, they will come back stronger.

Also speaking, the winning side captain, KL Rahul, lauded Shami, who has been on a good run of form for being there in the top 4 in the batting order. The batsman was able to see see the side through.

Shami also came to the team’s rescue during the Super Over against Mumbai, defending four runs.

Rahul is also excited to beat the top 3 sides of the league this season, which he believed will bring in a lot of confidence to face any opposition.

On his part, Delhi skipper, Shreyas Iyer, pointed out that his side were around ten runs short with the bat, adding that there are still a few things to learn from the game.

While noting that Tushar Deshpande conceded a few runs, he added that he would learn from it.

Iyer also lauded the team for their performance, adding that they fought till the end.

He concluded that they would be charged up for the next game.

Shreyas Iye led side had won their last three encounters against Kings via Super Over.