Home » Cricket » IPL 2020: KKR are going to play with 10 players in their playing XI – Aakash Chopra

IPL 2020: KKR are going to play with 10 players in their playing XI – Aakash Chopra 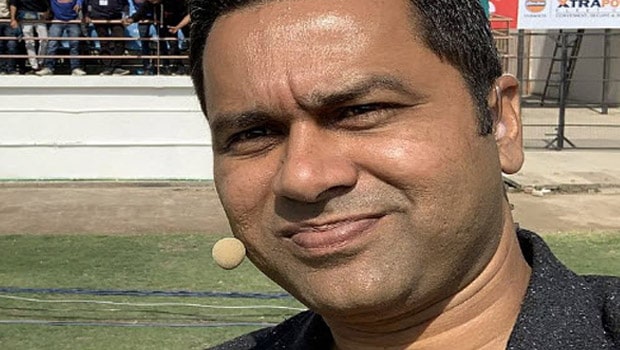 Former Indian opener and now commentator Aakash Chopra reckons that Kolkata Knight Riders are effectively going to take the field with 10 players in the upcoming season. Chopra highlighted that the two-times champions don’t have a proper batsman for the number seven position in their batting order.

Sunil Narine is expected to open the innings with Shubman Gill. Narine can make good use of the powerplay overs and his strike rate of 168.34 in the IPL is the testimony that he has done a fine job for KKR while opening the innings.

However, as Narine opens the batting for KKR, the regular batsmen of the team bats one position down as compared to their normal batting place. Subsequently, Chopra feels Dinesh Karthik-led team will have its issues with the number seven batsman.

KKR will need to play Rahul Tripathi, Siddesh Lad or Rinku Singh at the number seven position. In fact, Tripathi and Lad can be best utilised in the top order but then KKR would not be able to make the most of Sunil Narine’s pyrotechnics.

Aakash Chopra said while talking on his YouTube channel, “I see two problems for KKR. The first one is that they are going to play with 10 players. If they make Sunil Narine open, they will have to send one out of Rahul Tripathi, Siddhesh Lad or Rinku Singh at No.7. What will you do with a proper batsman at No.7?”

“And if you get someone like Rahul Tripathi to open along with Shubman Gill, then Sunil Narine the batsman will be of no use to you. You do want to take advantage of the Powerplay overs. So, you will have to open with Sunil Narine.”

“Because of that they will play with only 10 players. It is a little sad but that’s the way it is.”

On the other hand, Chopra feels death bowling could be KKR’s Achilles Heel in the upcoming season of the IPL. KKR was able to rope in the world’s number Test bowler, Pat Cummins for a whopping amount of INR 15.50 crores but the Australian is not known for his performances in the fag end of the innings.

Chopra feels Cummins is not in the same category as Jasprit Bumrah, Bhuvneshwar Kumar and Jofra Archer when it comes to bowling in the death overs. Furthermore, they have inexperienced Indian fast bowlers like Kamlesh Nagarkoti, Sandeep Warrier, Prasidh Krishna and Shivam Mavi.