IPL 2020: KKR had to let go of Chris Lynn with a heavy heart – Dinesh Karthik 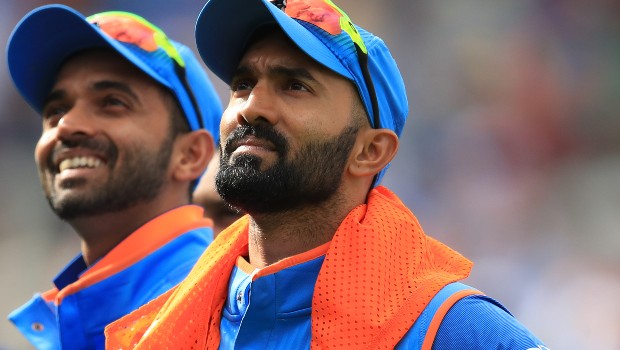 Kolkata Knight Riders captain Dinesh Karthik has stated that the franchise had let go of hard-hitting opening batsman Chris Lynn with a heavy heart. Lynn was then roped in by Mumbai Indians for his base price of INR 2 crores in the IPL 2020 auctions. The Australian combative batsman has scored 1280 runs in 41 IPL matches at an impressive average of 33.68 and a strike rate of 140.66.

Thus, Lynn provided quick starts to KKR along with his opening partner Sunil Narine. However, Karthik also understands some of the decisions were not in his hands and they had to let go of Lynn. Karthik also knows the qualities the pugnacious Australian batsman brings to the table and it would be missed by the KKR unit.

Karthik said in a video on the official website of the IPL, “We had to let Lynn go off with a heavy heart, whatever time he spent with the franchise, he was an absolute gun, so are the dynamics of the auction that you have to let go some players, Lynn is somebody I am really fond of, he brings a lot to the table.”

On the other hand, Dinesh Karthik is also looking forward to playing with England World Cup winning captain Eoin Morgan. Morgan has played a key role in the success of England’s limited-overs side and they are currently the best white-ball team.

It would be a great experience for Karthik to share the dressing room with Morgan and he is looking forward to learning from the England captain as much as he can.

“Eoin Morgan is there with us for this season, I have met him a couple of times, he is a gem of a guy, being a solid human being is something that everyone looks at, he is a World Cup-winning captain, England is the best white-ball team in the world, I would try to learn from him, he has a great mind.”

Meanwhile, KKR were not able to qualify for the playoff stages in the previous stages as they were too dependent on Andre Russell. Karthik will hope that they can come up with a collective team effort in the upcoming IPL. KKR have players like Pat Cummins, Tom Banton and Eoin Morgan and Karthik would aim to get the best out of his players.

The tournament is all set to begin from September 19 in the UAE with Dubai, Sharjah and Abu Dhabi to host all the matches. The schedule of the tourney is yet to be released by the IPL Governing council.