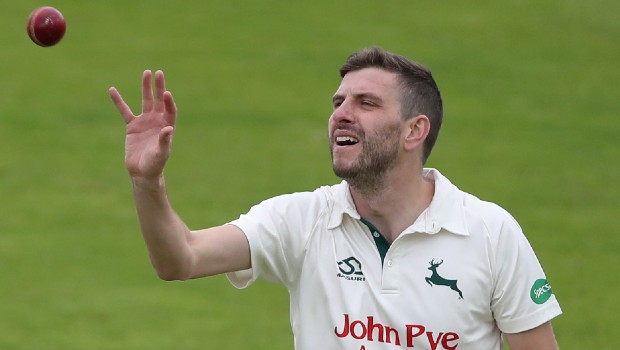 England’s medium fast bowler Harry Gurney has been ruled out of the upcoming Vitality T20 Blast and the Indian Premier League due to shoulder injury. Gurney was picked up by Kolkata Knight Riders before IPL 2019 for INR 75 lakhs. The left-arm pacer who specialises in the T20 format of the game, will undergo the knife next month and thus he won’t be able to participate in the IPL.

This is a big blow for KKR even before the tournament has started. The shoulder injury will also dampen Gurney’s hopes of getting into the England squad for next year’s T20 World Cup.

According to ESPN Cricinfo, Gurney has confirmed that he won’t be traveling to the UAE for the forthcoming edition of the IPL. Gurney played for KKR in IPL 2019 in which he took seven wickets in eight matches for the franchise. He was also awarded the Man of the match when he had returned with 2-25 against Rajasthan Royals in his quota of four overs.

Meanwhile, as the cricket season is starting after a long time due to the coronavirus pandemic, it is frustrating for Gurney as he would go on to miss the Blast and then the IPL.

“Having gone through the same frustrations as everyone this year in waiting for cricket to restart, I’m devastated to have to miss the Blast,” Gurney said.

Gurney has got the variations under his belt, which helps him in keeping the batsman in check. Thus, he has been a go-to bowler for the Notts Outlaws in the death overs.

Meanwhile, the absence of Harry Gurney will reduce the number of foreign players for Kolkata Knight Riders to seven whereas their overall squad size is now 23. It is reported that the franchise has finalised the replacement for the left-arm bowler and they would make the official announcement soon.

The IPL will begin from September 19 with Dubai, Abu Dhabi and Sharjah to host all the matches.