Home » Cricket » IPL 2020: KKR should demote Shubman Gill if he can not be aggressive – Virender Sehwag

IPL 2020: KKR should demote Shubman Gill if he can not be aggressive – Virender Sehwag 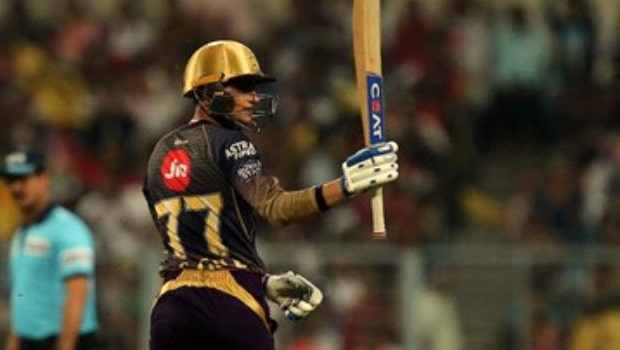 Former Indian opener Virender Sehwag believes Kolkata Knight Riders should demote Shubman Gill in the batting order if he can not be more aggressive. Gill is the leading run getter for KKR in the ongoing season as he has amassed 311 runs in nine matches at an impressive average of 38.88.

But Gill’s strike rate has been a meagre 113.92 as he has failed to provide a quick start to his team. Gill hasn’t been able to hit the ground running and he has failed to get off the blocks. However, it should also be noted that KKR hasn’t got off to good starts and Gill has mostly lost the company of his opening partner in the initial stages.

Thus, Gill has been forced to play a sheet anchor role in the ongoing IPL and he has adopted a cautious approach. Furthermore, Sunil Narine and Andre Russell, KKR’s two explosive hitters, have had a quiet season with the bat so far.

Meanwhile, Sehwag believes the youngster hasn’t been able to give a good start to his team and he should be demoted in the batting order. Gill played another less than run-a-ball inning as he scored 36 runs from 37 balls against Sunrisers Hyderabad at Sheikh Zayed Stadium, Abu Dhabi on Sunday.

“Shubman Gill has had many opportunities and now the time has come for KKR to tell him to be a bit more aggressive in the powerplay and if can’t, bring him down in the batting order and send someone else up. If you are to win, the start needs to be good. If the foundation is not laid properly, you can’t build a solid innings on it,” Sehwag told cricbuzz.

On the other hand, KKR former skipper Dinesh Karthik decided to hand over the captaincy baton to Eoin Morgan. However, it wasn’t an ideal start for Eoin Morgan as KKR were convincingly defeated by Mumbai Indians.

Sehwag added that the team must give their players freedom to express themselves as they are currently looking like a bits and pieces team.

KKR will need to tighten the screws as they have failed to come up with consistent performances. They will look to tick the right boxes in the coming matches. KKR will next face Royal Challengers Bangalore at Sheikh Zayed Stadium on 21st October.