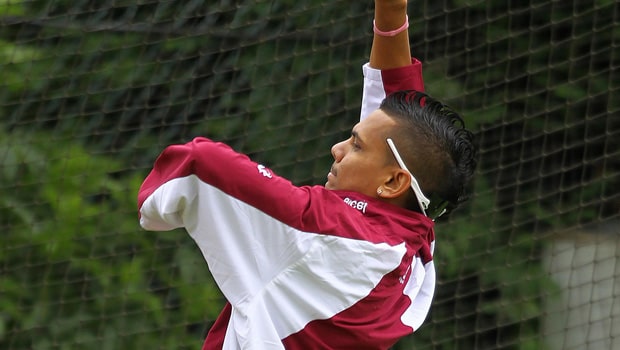 Dinesh Karthik, Kolkata Knight Riders captain, has put his weight behind under fire Sunil Narine. The southpaw, who is known to provide quick starts to the franchise, has been out of form in the ongoing season of the IPL. Narine four innings thus far in the tournament read – 9,0,15 and 3.

Meanwhile, Narine had shown good form in the recently concluded Caribbean Premier League as he scored 144 runs in the five matches for Trinbago Knight Riders and played a crucial role in taking his team to their fourth CPL title. However, the attacking southpaw hasn’t been able to replicate the same renditions in the IPL.

KKR have mostly given the license to Sunil Narine to take the attack on the opposition bowlers and make the most of the powerplay conditions. Narine has provided some brisk starts to KKR over the years but the move has not worked so far in the ongoing season.

The opening partnership always plays a major role in the success of the team and every team wants their openers to set up a platform, on which their middle order can build. However, it has been the case for KKR and they would need to rethink their strategy.

“I haven’t thought about it (making the change at the top) but maybe after this game I will sit down with the coaching staff. We still believe in Narine and whenever he gets going he gets us off to a great start,” Dinesh Karthik said after the game against Delhi Capitals.

KKR also have the option of playing Tom Banton, who had shown good form in the series against Australia before the IPL. Banton has the skills to hit the ground running and Karthik could be tempted to play him in the final XI.

On the other hand, Karthik added that he is proud of the way his team batted against DC. KKR was down and out at 122-6 but Rahul Tripathi and Eoin Morgan were able to keep their team in the hunt. Morgan scored a blistering knock of 18-ball 44 whereas Tripathi, playing his first game of the season, scored 36 from 16 balls. However, their effort went in vain as KKR lost by 18 runs.

KKR will play their next match against CSK at Sheikh Zayed Stadium on 7th October.