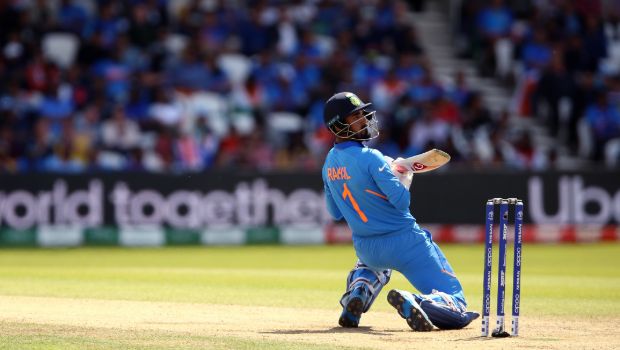 Rahul required only two runs to get to the landmark before the clash against Royal Challengers Bangalore at Dubai International Stadium on Thursday.

On the other hand, Rahul was at his absolute best against RCB. Virat Kohli won the toss and decided to bowl first. Rahul added a fine opening alliance of 57 runs with Mayank Agarwal. Subsequently, the flamboyant timed the ball to perfection and there was no stopping him.

The right-hander went on to score his second IPL hundred and the first century of the ongoing IPL season. Rahul clobbered 132 runs off 69 balls with the help of 14 fours and seven sixes in his blistering innings.

In fact, the KXIP captain also had the rub of the green on his side as he was dropped twice by RCB skipper Virat Kohli. Rahul was dropped on 83 and 89 by Kohli and he went on to punish his former team, RCB.

Consequently, Punjab posted a par score of 206 runs in their allotted 20 overs. However, RCB succumbed under pressure and they were skittled out for 109 runs. Thus, Punjab went on to thump RCB by a gargantuan margin of 97 runs.

Meanwhile, Rahul has ended the last two seasons among the top three run-getters. The stylish batsman had scored 593 runs in the previous edition and once again he has started the ongoing season on a high.

Punjab will play their next match against Rajasthan Royals on 27th September at Sharjah Cricket Stadium.