Home » Cricket » IPL 2020: Knew if Shikhar Dhawan stays till the end, we will win – Shreyas Iyer

IPL 2020: Knew if Shikhar Dhawan stays till the end, we will win – Shreyas Iyer 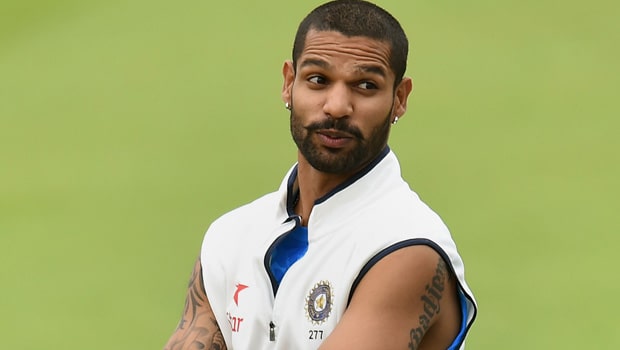 Delhi Capitals batsman Shreyas Iyer stated that he knew the team would end up on the winning side if Shikhar Dhawan stayed till the end against CSK at Sharjah Cricket Stadium on Saturday. Dhawan scored his maiden IPL hundred and batted at a fine strike rate of 174.14 to keep his team in the hunt. The southpaw scored an unbeaten knock of 101 off just 58 balls with the help of 14 fours and one six.

Dhawan had scored a fine fifty in the match against Rajasthan Royals and continued his fine form against CSK. The left-hander made great use of the powerplay overs and kept scoring his runs at a fine strike rate, which has been the hallmark of his previous two innings.

However, the finishing touches were provided by all-rounder Axar Patel. In fact, Delhi was behind the eight-ball as 17 runs were required off the final over.

Patel ended up scoring a fine little cameo of 21 runs from five balls to take Delhi Capitals over the line. Furthermore, Patel also bowled an economical spell as he conceded only 23 runs in his quota of four overs.

Meanwhile, Shikhar Dhawan was timing the ball to perfection and didn’t let the required run-rate to climb up. Delhi Capitals all-rounder Marcus Stoinis also scored a fine knock of 24 runs off 14 balls to take the pressure off the shoulders of Shikhar Dhawan.

Shreyas Iyer heaped praise on Shikhar Dhawan and Axar Patel in the post-match ceremony. Iyer said, “I was very nervous, didn’t know what to say because it was getting to the last over. I knew that if Shikhar stayed till the end, we would win. But the way Axar struck the ball was amazing to see. Whenever we give the Man of the Match awards in our dressing room, he is always there. He is an unsung hero. His preparation is always on point and he knows what he is doing”.

Delhi Capitals have been phenomenal and they are ticking the right boxes as a unit. The Capitals have won seven matches out of the nine they have played. Thus, the Shreyas Iyer-led team is at the top of the points table with 14 points under their belt.

The Capitals will look to continue the same form going and they have been brilliant as a unit. Delhi Capitals will play their next match against Kings XI Punjab at Dubai International Cricket Stadium on 20th October.