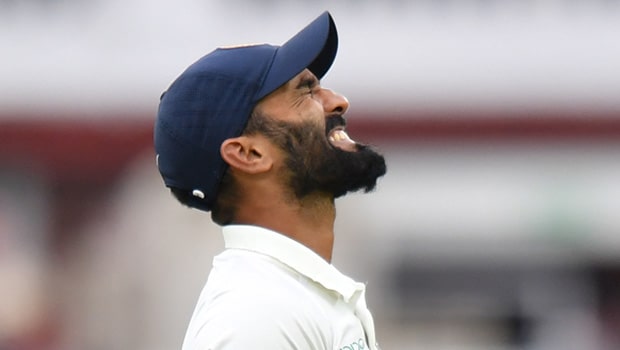 Kolkata Knight Riders skipper, Dinesh Karthik won the toss, and the chose to bat. After their innings, they were bowled out by Chennai Super Kings for 167/10.

CSK were unable to reach the chase for 168 as KK restricted them to 157/5 to win the game by ten runs despite their late surge in the last two overs.

During their innings, KK reshuffled their batting, with Shubman Gill and Rahul Tripathi playing the opener’s role.

Tripathi hit Deepak Chahar for a boundary straight away as the bowler strayed on the leg side on the first two balls.

His first delivery was a wide down the leg side while Tripathi flicked away the second.

The partnership continued till the fifth over when Shardul Thakur got the first wicket in his first over. Shardul’s delivered a shot to Shubman Gill, who threw his bat at it in an attempt to pull the ball on the on-side. He only managed to under edge it straight to Chennai skipper, MS Dhoni, who was behind the stumps to falls for 11 off 12.

The second wicket of the game came in the 9th over from Karn Sharma, who got his first wicket in IPL 2020.

Nitish Rana went for the hoick on the on-side from Sharma’s delivery but found Ravindra Jadeja at the fence. Rana was removed for 9, with Sunil Narine replacing at no.4 while KKR was 70/2.

Tripathi eventually got his 5th half-century in the IPL. This is a good reaction from him after being promoted to the top order. The batsman got his fifty off just 31 balls with a boundary off Dwayne Bravo.

Sunil Narine departed in the 11th for 17 off nine balls over after an excellent relay catch from Ravindra Jadeja and Faf du Plessis at the deep mid-wicket fence from Karn Sharma’s second wicket.

Narine went for the big hit but failed to time it properly, and Jadeja made no mistake by grabbing the ball with both hands.

CSK then got another wicket in the 14th over. Sam Curran’s short-pitched delivery was gloved by Eoin Morgan straight to MS Dhoni.  Andre Russel came in for Morgan, who departed for 9.

It took CSK no time to get the wicket of Russell in the 16th over as he fell cheaply and quickly from a length delivery of Shardul Thakur. The West Indies cricketer went for the wild hoick on the on-side, and Dhoni, who was outside edge off Russell’s bat, made no mistake behind the stumps.

Tripathi and Dinesh Karthik were later removed to end their innings at 167/10.

CSK, on the other hand, failed to get enough boundaries as KKR restricted them to 157/5 to carry the day.