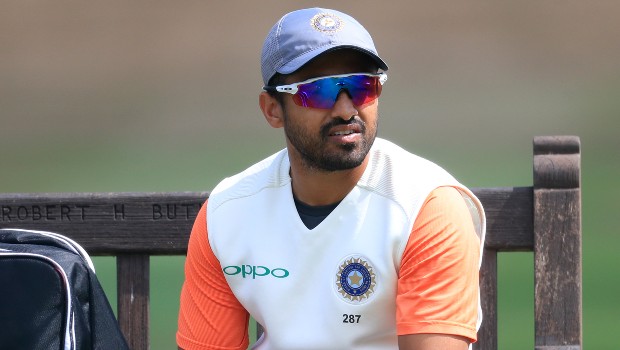 It was recently reported that Kings XI Punjab batsman Karun Nair has recovered from Covid-19 after he was tested negative on August 8. However, KXIP CEO Satish Menon has quashed such reports and stated that there is no truth behind such rumours. Menon revealed that Nair had a mild fever and he has resumed training for the IPL 2020.

Meanwhile, the right-hander, who is only the second Indian batsman to score a triple Test century, has scored 306 runs in 14 IPL matches for Kings XI Punjab at an impressive strike rate of 134.80, including two fifties.

“This is absurd, there is no truth in these reports. He had some mild fever, that’s all. Nothing to do with coronavirus. He’s perfectly alright and has started training. All our boys have started their training in their respective cities,” Menon was quoted as saying in The Times of India (TOI).

On the other hand, Anil Kumble will be the coach of the KXIP for the first time. The former Indian captain has all the experience in the world and has worked with franchises like RCB and Mumbai Indians. Kumble is a smart campaigner and he is expected to do a fine job with the KXIP players. The former leg-spinner would aim to get the best out of the players.

Menon revealed that Kumble has been virtually keeping an eye on the workload and fitness of all the KXIP players, since the day the IPL has been confirmed by the Governing council.

“Kumble has been very busy monitoring the players’ training and fitness once the dates of the IPL had been announced. Not only the Karnataka players, the head coach is also virtually keeping an eye on youngsters like Ishan Porel, who is training in Kolkata,” Menon added.

The KXIP CEO has also revealed that the franchise is planning to take eight net bowlers to the UAE, who will help them prepare for the tournament. The players will need to quarantine themselves for a week before they can begin their training in the UAE.

Meanwhile, KXIP has never savoured success in the IPL and KL Rahul, who would be leading the team for the first time, would aim to turn the tables. The last time Punjab qualified for the playoff stages was back in 2014, in which they ended as the runners up to Kolkata Knight Riders.