Home » Cricket » IPL 2020: Least we can do is back Sunil Narine – Dinesh Karthik

IPL 2020: Least we can do is back Sunil Narine – Dinesh Karthik 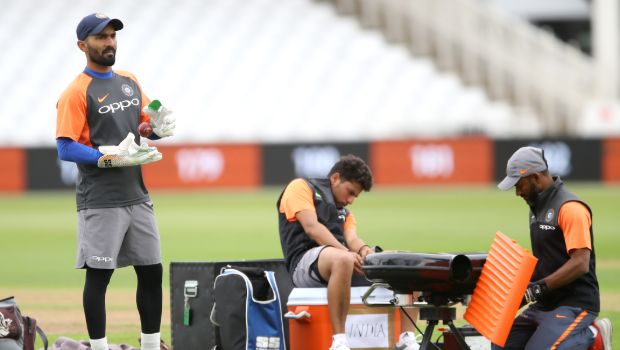 Karthik added that there are crucial players for every team and Narine is one of them for KKR. Narine hasn’t had a great start with the bat to the tournament as he has failed to get going.

The southpaw five knocks in the tourney read – 9,0,15, 3 and 17. Consequently, Narine was demoted in the batting order and Rahul Tripathi was given a chance to open the innings with Shubman Gill against Chennai Super Kings at Sheikh Zayed Stadium, Abu Dhabi on Wednesday.

Narine was sent out at number four but the left-hander could only score 17 runs off nine balls. However, Karthik has backed Narine and stated that he is a key player for KKR.

On the other hand, Sunil Narine did a fine job with the ball for his team. The off-spinner conceded 31 runs in his quota of four overs and scalped the crucial wicket of Shane Watson to get his team back in the contest.

Dinesh Karthik said while talking in the post-match ceremony, “There are some key players for every team. Narine is one for us. Least we can do is back him. 2-3 poor games, doesn’t matter”.

On the other hand, Karthik also shed light on the team’s batting order. KKR don’t have a fixed batting position for a particular batsman and Karthik added that all the batters are versatile and can bat at any given position according to the match situation.

Karthik added, “Good to see Tripathi do the job at the top. Good thing about Russ is he’s very versatile. He can bat slightly up, slightly down. Our batting is very fluid. I started at three, today I batted at seven”.

Meanwhile, KKR registered their third win of the season against CSK as they won by 10 runs. It was a much needed win for the Dinesh Karthik-led team after their loss against Delhi Capitals. In fact, KKR experimented with their combination and it paid off well in the end. KKR is now placed at the third position in the points table.