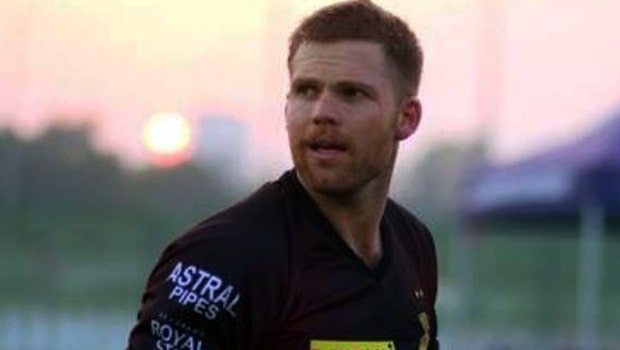 Lockie Ferguson was the difference in winning the clash against Sunrise Hyderabad for Kolkata Riders in the ongoing India Premier League in the United Emirates.

Ferguson, who has a lot of varieties in his bowling, was top notch on Sunday when produced one of the most incredible bowling performances so far in the tournament. The impressive bowler gave his team the win in a thrilling Super Over against Sunrisers Hyderabad on Sunday.

Ferguson showed his mettle by dismissing David Warner and Abdul Samad in the Super Over. After the exit of the duo, Kolkata Knight needed just three run s to win the tie.

David Warner’s unbeaten 47 and 18 runs off the final Andre Russell had already taken Sunrisers to 163 – a level score with Kolkata in the stipulated 20 overs.

Ferguson had earlier in the normal game produced another scintillating performance of 3/15 in 4 overs, giving SRH all sorts of problems. During his first spell, he dismissed Kane Williamson with a short ball. Priyam Garg was next to leave the pitch with a slower ball from Ferguson before sending out Manish Pandey with a yorker.

With two wickets scalp in the Super Over, his five wickets secured the much-needed two points for KKR taking their tally to 10 while Sunrisers were on 6 points. This has left the Sunrisers to be on the verge of missing the playoffs.

KKR was put to bat, and they ended their inning with 163/5. Former skipper, Dinesh Karthik, had his carefree approach complemented by Eoin Morgan’s grace.

Karthik ended the inning with 29 not out while Morgan recorded 34 runs off 23 balls. The batsmen joined forces at 105 for four, adding 58 runs in the last five overs. At 150, the 164 targets were looking like a tall order, but they added 16 more runs before ending their inning.

Morgan recorded three fours, a one six, which was flicked mid-wicket off Basil Thampi. Karthik, on the other hand, recorded some sixes and an equal number of boundaries.