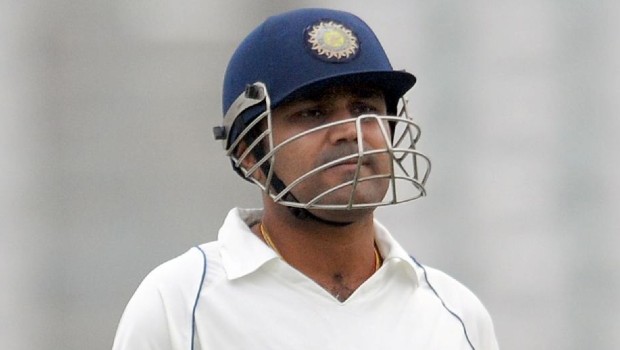 Former Indian opener Virender Sehwag wasn’t impressed by Chennai Super Kings captain MS Dhoni’s tactics against Rajasthan Royals in the fourth match of the IPL 2020. Dhoni came under the scanner for his peculiar approach when he came out to bat. Almost 18 runs per over was the required run rate but Dhoni chose to only rotate the strike and left all the big hitting to Faf du Plessis.

Furthermore, Dhoni demoted himself in the batting order and batted at number seven, which left all the cricket boffins a tad surprised. Dhoni had revealed that he decided to bat lower down the order as he hasn’t played a lot in the last 14 months.

However, Dhoni played a couple of dots and Sehwag felt that he wasn’t even trying to win the match. Sehwag reckons it could have been a different story had Dhoni batted up the order or if he would have looked to hit more aggressive shots after coming out to bat.

Dhoni was able to hit three sixes in the final over but they went in vain as 38 runs were required off the last over. In the end, the deficit between the two sides was 16 runs and CSK could have won the match, had they tried a tad harder.

Speaking to Cricbuzz, Sehwag said: “The three sixes that MS Dhoni hit in the last over made it feel like CSK came close to the target, but the reality was something different. In the middle, it looked like Dhoni wasn’t even trying to chase the target considering the number of dot balls he played.

“I feel Dhoni could’ve batted higher up or even sent Ravindra Jadeja to bat after Sam Curran got out. The run-rate slowed down in the middle overs. If that hadn’t happened and about 20-22 runs were required to win in the last over, the three sixes that Dhoni hit would’ve made people say ‘wow, what a finish’,” the 41-year-old added.

In fact, Dhoni added that he wanted to try a different combination in the initial phase of the tournament and gave opportunities to players like Ravindra Jadeja and Sam Curran. Dhoni had stated they can go back to their strengths if these tactics don’t work out for them. However, the lack of intent to go after the target from Dhoni was surprising to note.

CSK will play their third game of the tournament against Delhi Capitals on 25th September at Dubai International Stadium.