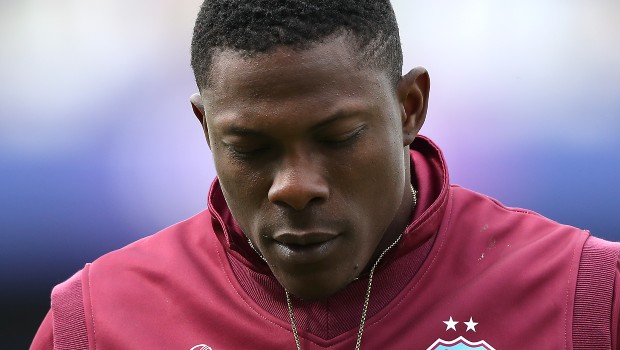 West Indies fast bowler Sheldon Cottrell will be playing in the lucrative Indian Premier League for the first time in his career. Cottrell, who can surprise the batsman with his extra yard of pace, was roped by Kings XI Punjab for a whopping amount of INR 8.50 crores in the IPL 2020 auction.

Cottrell is looking forward to playing in the IPL and stated he wants to pick the brains of KXIP captain KL Rahul, who is phenomenal. In fact, this would be the first time when Rahul will lead any IPL franchise and it would be interesting to note how he delivers the goods.

On the other hand, Sheldon Cottrell has impressed with his skills. Cottrell is an athlete and he can bowl around 140 kmph to trouble the batsman. The left-arm fast bowler has played 27 T20I matches in which he has snared 36 wickets for the Carribean nation. Cottrell has also scalped 49 wickets in 34 ODI matches and he has impressed in the white-ball format.

Sheldon will also have the company of West Indies players like Chris Gayle and Nicholas Pooran in the Kings XI Punjab unit. Cottrell, who is well known for his salute celebration, added that he would look to give more than 100% when he will play for the KXIP.

“I am very much excited about playing in the IPL. I just can’t wait to be with the Kings XI family. I am looking forward to playing under the captaincy of KL Rahul, he is a wonderful guy. I would be playing alongside Chris Gayle and Nicholas Pooran as well. I am going to give my 120 per cent all the time,” Cottrell told ANI.

Cottrell also recalled the first time he met KL Rahul and he thinks the Karnataka player is a cool and composed character. Rahul has been a consistent performer for Punjab in the last two seasons and has scored 1977 runs in 67 IPL matches at an impressive average of 42.06 and a blistering strike rate of 138.16.

Rahul would look to lead from the front in the IPL and take KXIP to glory for the first time in IPL history. The IPL is all set to begin in the UAE from September 19 and the Indian government has also given approval to the BCCI.