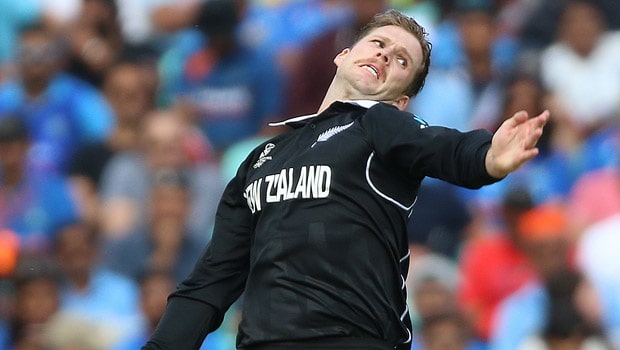 New Zealand and Kolkata Knight Riders fast bowler Lockie Ferguson is excited to share the same stage with the number one Test bowler, Pat Cummins. Cummins was roped in by KKR for a whopping price of INR 15.50, which made him the most expensive player in the IPL history. Cummins had a fantastic 2019 as he scalped a total 99 wickets across the formats.

Cummins is one of the best bowlers in the world and Ferguson is looking forward to the opportunity of playing alongside him. The Kiwis fast bowler has also impressed one and all with his express pace and he would like to be at his best.

Ferguson and Cummins will be the pack leaders of the attack and they would lead the young Indian pace battery of Kamlesh Nagarkoti, Shivam Mavi and Prasidh Krishna. All of these fast bowlers can bowl consistently over 140 kmph and they would aim to breathe down the neck of the opposition batsman with their extra yard of pace.

“I don’t know if you are aware of this fast bowling club. Look, Pat is an exceptional bowler, there is no secret about that. He is the bowler of the year internationally almost every year,” Lockie Ferguson told kkr.in.

“He seems to be getting better and better and he is still so young. He is a lovely guy and I am thoroughly looking forward to rubbing shoulders with him,” he further added.

On the other hand, Lockie Ferguson also has yorker and slower balls under his repertoire and he added that he would back himself in the upcoming edition of the league.

Meanwhile, Lockie Ferguson has played nine IPL matches in which he has scalped five wickets whereas Pat Cummins has snared 17 wickets in 16 IPL matches. Thus, both of these pacers would aim to be at their best in the IPL.

KKR will also have the services of England’s World Cup winning captain, Eoin Morgan, who would play a key role in the leadership group. KKR will play the opening match of the IPL against defending champions Mumbai Indians at Sheikh Zayed Stadium on 23rd September.

KKR had failed to qualify for the playoff stages in the previous edition and they would aim to turn the tables in the upcoming season.