IPL 2020: Manish Pandey’s wicket was the most important – Chris Jordan 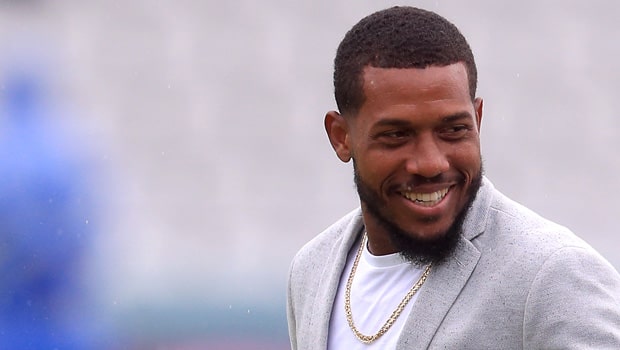 Sunrisers Hyderabad fast bowler Chris Jordan has a specific role of delivering the goods in the death overs for the team. Jordan is known to nail the wide yorkers and he is mostly right on the money in the fag end of the innings. The England fast bowler got the opportunity to show his skills against Sunrisers Hyderabad at Dubai International Cricket Stadium on Saturday.

The equation was simple for Sunrisers Hyderabad as they required 28 runs from 24 balls with seven wickets remaining. Most importantly, the well settled pair of Vijay Shankar and Manish Pandey was at the crease, who had taken their team over the line against Rajasthan Royals. However, it wasn’t to be the case against Kings XI Punjab.

Manish Pandey tried to go for the big shot on the first ball of the 17th over but could not get his timing right against a full-pitched delivery from Jordan. However, the catch was made possible by Jagadeesha Suchith who took a brilliant catch while running to his right. It was the turning point of the game as Pandey has all the experience under his belt.

“I think Manish’s wicket was the most important wicket,” Jordan told KXIP’s fielding coach Jonty Rhodes in a video posted by iplt20.com.

Subsequently, SRH kept sliding and could not get over the line despite being in the driver’s seat for most part of the run chase. The penultimate over of the innings was the final nail in the coffin by Jordan as he dismissed Jason Holder and Rashid Khan on the consecutive balls and conceded only three runs to leave 14 runs for the rookie Arshdeep Singh.

On the other hand, Arshdeep Singh was on a hat-trick in the final over however he revealed he was not looking to go for the hat-trick as it was more important to bowl dot balls.

“I was not looking for the hat-trick. I was looking to bowl dot balls. The main plan was to keep things simple,” said Arshdeep.

Chris Jordan scalped three wickets and conceded only 17 runs in his quota of four overs and there are no prizes for guessing that he awarded the Player of the match.

KXIP will next lock horns with Kolkata Knight Riders at Sharjah Cricket Stadium on 26th October.