Home » Cricket » IPL 2020: Matthew Hayden picks the bowlers to watch out for

IPL 2020: Matthew Hayden picks the bowlers to watch out for 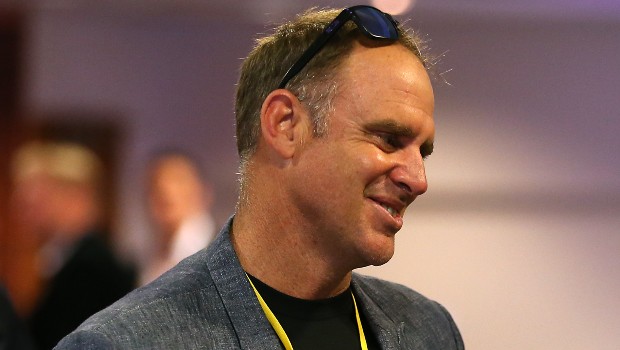 Former Australian opener Matthew Hayden has picked the bowlers who could shine in the upcoming season of the IPL. Hayden feels Sunrisers Hyderabad’s swing master Bhuvneshwar Kumar could have a great IPL as he has been a consistent performer in the tournament.

Kumar has not played regularly in the recent past due to injury woes and he hasn’t been in the best of forms. However, Kumar has done a fine job in the IPL for the Orange Army and he would look to deliver the goods.

Bhuvneshwar Kumar has scalped 133 wickets in 117 IPL matches at an average of 23.71. Kumar has the skills to move the ball in the powerplay overs and he can also bowl accurately in the death overs.

On the other hand, Mumbai Indians’ pack leader Jasprit Bumrah will once again be the cynosure of all eyes, according to Hayden. Bumrah is one of the best death bowlers in the world and he has always played a key role in the success of Mumbai Indians. The gun pacer has scalped 82 wickets in 77 IPL matches.

Matthew Hayden said while talking to Star Sports Cricket Connected, “I feel the experienced seam bowlers will always be a threat. Bhuvneshwar Kumar obviously has been incredible in the IPL.”

“And from the Mumbai Indians point of view, who can go past one of the finest bowlers in world cricket, i.e. Jasprit Bumrah. I think he is as good as anyone on their day.”

Meanwhile, Hayden also named the spinners who can excel in the IPL 2020. The spinners have always played an instrumental role in the success of their respective teams and they are going to add value in the final XI. The former left-hander feels veteran spinners like Ravindra Jadeja and Harbhajan Singh will deliver the goods for CSK.

It is reported that Harbhajan Singh could pull out of the IPL. The experienced spinner had not traveled with the team to the UAE to be with his ill mother. The Turbanator has bagged 150 wickets in 160 IPL matches. On the other hand, Ravindra Jadeja has snared 108 wickets in 170 IPL matches.

Bumrah had scalped 19 wickets in 16 matches of IPL 2019 whereas Harbhajan Singh and Ravindra Jadeja had claimed 16 and 15 wickets respectively for CSK.