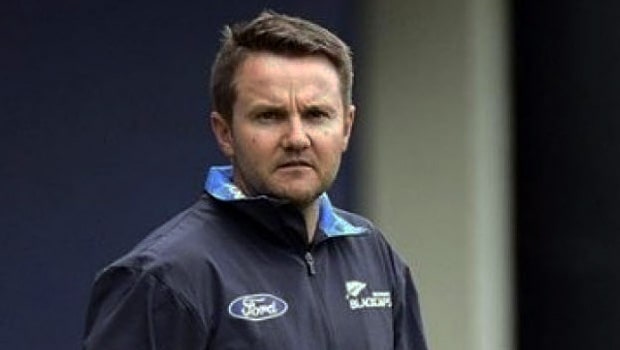 Royal Challengers Bangalore director of cricket Mike Hesson has revealed why youngster Gurkeerat Singh Mann was promoted in the batting order against Kolkata Knight Riders at Sheikh Zayed Stadium, Abu Dhabi on Wednesday. Mann batted ahead of RCB captain Virat Kohli during the run chase of 85 runs against KKR.

Hesson revealed that Mann hadn’t got his opportunity to bat in the middle and it was a perfect chance for the team management to send him in as there was no scoreboard pressure. The right-hander was able to grab his opportunity and impressed Virat Kohli with some of his drives.

Mann remained unbeaten 21 runs from 26 balls with the help of four overs to take his team to a comfortable win of eight wickets. Mann has been part of the playing XI for RCB in the last couple of matches but he hasn’t got a lot of chances to bat in the middle.

“It was done to give him some confidence. He is the only one in the top five who didn’t get the chance to bat before the last game. We also knew that if Varun Chakravarthy came in, Gurkeerat has the ability to take on the spin,” said Hesson in a video posted on RCB’s Twitter handle.

On the other hand, Mann is also relishing the opportunity to bat alongside two of the best batsmen in the world – AB de Villiers and Virat Kohli. The right-hander added that there is a lot to learn and he is enjoying himself.

Mann said in the post-match ceremony, “That was the basic idea because I haven’t got to bat much. It was a plan so that I middle a few balls and play a lot of balls before the next game. It’s been very good (batting with Kohli) because you have the support. Last time I had an opportunity to play with AB, so learnt a lot from that, and learnt a lot from Virat bhai today too”.

It was a complete performance from RCB as they annihilated KKR by eight wickets. The bowlers were right on the money and the good work was started by Mohammed Siraj, who scalped three wickets in his first two overs, both of them were maiden.

RCB is now at the second place in the points table after seven wins from 10 matches and they will look to continue the good show. RCB will next play Chennai Super Kings at Dubai International Cricket Stadium on 25th October.