IPL 2020: Mitchell Marsh likely to be ruled out of entire tournament – Report 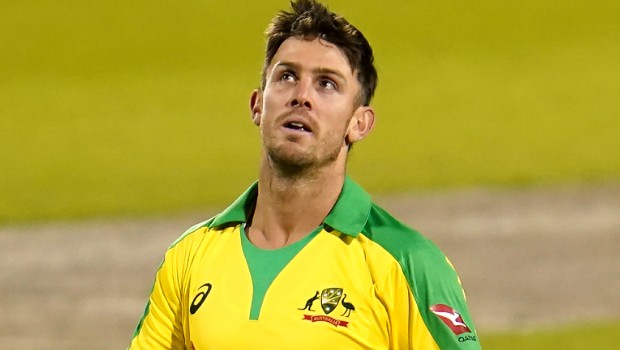 It is reported that Sunrisers Hyderabad all-rounder Mitchell Marsh is likely to be ruled out of the entire Indian Premier League 2020. Marsh suffered an ankle injury while bowling the fifth over of the innings for his team. The right-arm pacer tried to stop the ball in his follow through but twisted his ankle in the process.

The Australian managed to bowl two more deliveries while hobbling in his run-up but then eventually decided to go off the ground. Vijay Shankar was then asked to complete Marsh’s over by skipper David Warner.

Marsh then showed courage to come out to bat when the game was almost done and dusted. However, the right-hander aggravated his injury when he attempted to play a big shot only to hole out to long-on fielder, Virat Kohli.

SRH skipper David Warner had also stated that Marsh’s injury didn’t look great and it was expected he would go on to miss the next few matches.

It doesn’t look great. A lot of courage from him to walk out there and try his best, but it was unfortunate tonight,” Warner told Star Sports.

However, the team sources close to development have revealed that Marsh’s injury is serious and he can be ruled out of the entire tournament.

“It seems like a serious injury. I am not sure if he will be able to compete in any of the matches,” a team source told PTI.

Meanwhile, Mitchell Marsh’s career has been marred with a series of injuries and it has troubled him throughout his career. The all-rounder hasn’t been able to play regularly due to his injury woes.

If Marsh is ruled out of the entire IPL, then it would be a huge blow for SRH as the Australian brings balance with batting as well as bowling skills. SRH had roped in the services of Marsh for his base price of INR two crores.

It is also reported that SRH may try to bring in Daniel Christain as the replacement for Mitchell Marsh. The 37-year old Australian has played 40 IPL matches in which he has scored 446 runs and has scalped 34 wickets.

SRH will be up against KKR in their next fixture, which will be played at Sheikh Zayed Stadium, Abu Dhabi on 26th September.