Home » Cricket » IPL 2020: MS Dhoni reveals why he opted to bat at number seven against RR

IPL 2020: MS Dhoni reveals why he opted to bat at number seven against RR 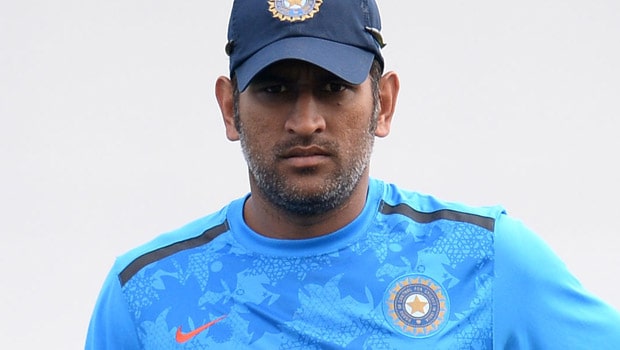 In fact, what was more surprising to note was the fact that Dhoni didn’t try to hit the ground running and attempt big shots when the required rate was mounting towards 20 runs/over. The CSK captain took the singles in the initial phase of his innings and left all the big hitting to well settled Faf du Plessis.

When Dhoni was asked the reason behind his demotion in the batting order, the wicket-keeper batsman revealed that he has been out of competitive action for a long time.

Furthermore, Dhoni added he wanted to give opportunities to batsmen like Sam Curran and Ravindra Jadeja and try different combinations. If these combinations pay off, especially at the start of the tournament, well and good but if it backfires, then CSK can go back to their strengths.

“I haven’t batted for a long time. 14-day quarantine doesn’t help (why he isn’t batting higher). Also wanted to try different things, give opportunities to Sam. Have the opportunity to try different things. If it doesn’t work, you can always go back to your strengths. Faf adapted very well. Something the batsmen will do, neglect square leg and go more towards long-on and long-off,” Dhoni said in the post-match presentation.

In fact, Dhoni’s intent was questioned by many cricket boffins and the fans also took to social media to let their disappointment be known. The talisman was able to hit a hat-trick of sixes in the final over against Tom Curran and many thought it could have been a different story had Dhoni launched his attack a bit earlier than he eventually did.

CSK went on to lose the game by 16 runs and in the end the mountain of 217 runs was too high for them to climb.

Dhoni had also promoted Sam Curran and Ravindra in the batting order in the first game against Mumbai Indians. CSK will play their next match against Delhi Capitals at Dubai International Stadium on 25th September.