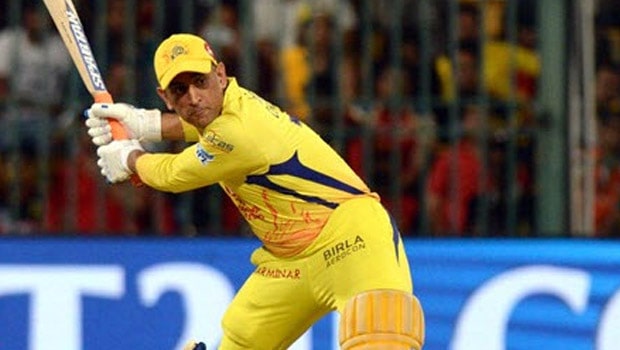 CSK vice-captain Suresh Raina wants MS Dhoni to bat at number three for the franchise in the forthcoming season of the IPL. As Raina has pulled out of the IPL due to personal reasons, he wants Dhoni to bat at his place of number three. Dhoni has mostly provided the finishing touches for CSK but he would be needed in the middle order in the absence of Raina.

MS has all the experience under his belt and he can provide solidarity in the middle order. In fact, Dhoni had batted at number four in IPL 2018 and had come up with crucial knocks. The talisman had scored 455 runs in 16 IPL matches in the 11th season of the tournament.

If Dhoni will bat at number three, players like Kedar Jadhav, Dwayne Bravo and Sam Curran will need to take the onus of providing the finishing touches for CSK.

Raina feels Dhoni can bat with more freedom if he goes on to bat at one down position in the batting order.

“He has the experience to bat at that position. How can one forget Dhoni’s 148 against Pakistan in the second ODI at Visakhapatnam in April 2005,” said Raina while talking to the outlook.

“It’s a very crucial position and the No. 3 position will give Dhoni more flexibility,” said Raina.

MS Dhoni has always been instrumental as a batsman for CSK. The right-hander has scored 4432 runs in 190 IPL matches at an impressive average of 42.2 and a blistering strike rate of 137.8.

In fact, former Indian opener Gautam Gambhir had also opined that MS Dhoni should bat at either three or four and it is a perfect opportunity for him to bat in the middle order in the absence of Suresh Raina.

Meanwhile, MS Dhoni last featured in competitive cricket back in July 2019 and thus it would be interesting to note his performances in the upcoming season of the IPL as he would return to action after a long hiatus. Dhoni has the experience and he would aim to hit the ground running in the IPL.