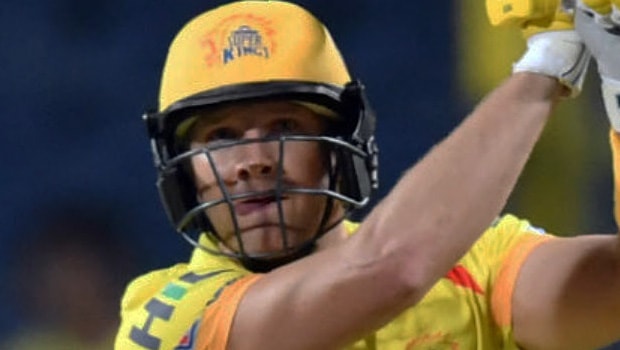 Former Australian all-rounder Shane Watson, who recently retired from all forms of the game, heaped praise on IPL 2020 champions – Mumbai Indians. Watson stated that MI have no weaknesses and there is hardly any chink in their armour. MI is known to come up with collective efforts on the field and they once again ticked the right boxes in the recently concluded season.

MI is never dependent on the shoulders of some particular players and they mostly come up with collective efforts. The same was palpable in the recently concluded season as MI came up with complete performances throughout the competition.

MI won nine matches in the league stage to top the points table with 18 points. Subsequently, they defeated Delhi Capitals in the first qualifier to book their place in the sixth IPL final. The Rohit Sharma-led team created history as they won their fifth IPL title after defeating DC by five wickets in the final.

MI has a strong batting as well as bowling unit and they dominated right through the season. The likes of Quinton de Kock, Ishan Kishan and Suryakumar Yadav were brilliant for MI whereas the pace battery of Trent Boult and Jasprit Bumrah collectively scalped 52 wickets in the tourney.

Furthermore, the likes of Hardik Pandya and Kieron Pollard added the finishing touches for the team with their blistering batting.

“That’s internationally as well, let alone in the IPL. The more the Mumbai Indians played in the tournament, more and more, it felt they had no weaknesses.

On the other hand, Watson, who didn’t have a great IPL for CSK, feels MI will be a hard team to beat if they continue the same form in the coming seasons.

“In the end, they were too hard to beat, if they continue to put this team on the field over the next few years, they are going to be incredibly hard to beat.”

MI is always a force to reckon with as they have potent players in their team. Furthermore, their execution on the field is impeccable and they are a hard team to get past. MI lost only five matches in IPL 2020, out of which two came in the Super Over.