IPL 2020: Mumbai Indians outplayed us in all departments – Shreyas Iyer 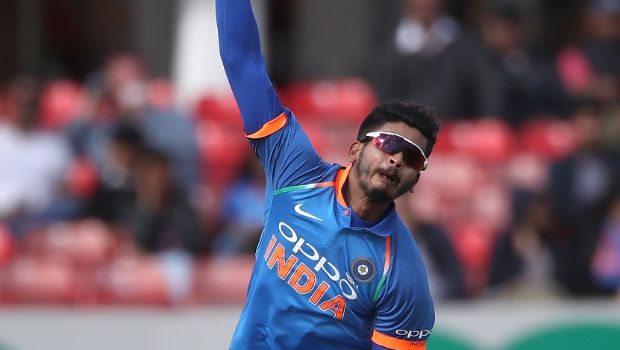 Delhi Capitals skipper Shreyas Iyer has admitted that Mumbai Indians outplayed them in all the three departments of the game after his team’s loss of five wickets at Sheikh Zayed Stadium, Abu Dhabi on Sunday.

Shreyas Iyer won the toss and decided to bat first but DC could only post a sub par total of 162 runs on the board.

Krunal Pandya was the pick of the bowlers for MI as the off-spinner scalped two wickets and conceded only 26 runs in his four overs quota. Furthermore, Jasprit Bumrah and Rahul Chahar bowled economical spells as they gave away 26 and 27 runs respectively.

For Delhi Capitals, opening batsman Shikhar Dhawan scored an unbeaten knock of 69 runs but he consumed 52 balls. Shreyas Iyer scored 42 runs whereas other batsmen could not convert their starts into substantial scores.

On the other hand, Mumbai Indians opener Quinton de Kock and number three basman Suryakumar Yadav scored 53 runs each to help their team get close to the target. Ishan Kishan scored 28 from 15 balls whereas Krunal Pandya and Kieron Pollard took the team over the line.

It was another comprehensive performance from Mumbai Indians juggernauts and thus they have climbed to the top of the points table after five wins from seven matches. DC have also won five matches out of the seven they have played but MI have a better net run rate.

DC were also poor in the field as Suryakumar Yadav was given a reprieve by Ravichandran Ashwin whereas Ishan Kishan was given a second life by Prithvi Shaw.

“Overall, they outplayed us in all the departments. We need to work on our mindsets before the next game,” said Shreyas after the match.

“Definitely, I would say 10-15 short, 170-175 on the board would have looked completely different. We really missed out when (Marcus) Stoinis got out, he was hitting the ball really well and also seeing the ball like a football, that was the main error that we did and something that we really need to work on. Apart from that the effort we put on the field, we could definitely work on that as there were a few misfields and dropped catches as well.”

Delhi Capitals will look to make a roaring comeback and they would be disappointed after their dismal performance against reigning champions. Shreyas Iyer also confirmed that Rishabh Pant will need another one week rest to recuperate from injury.