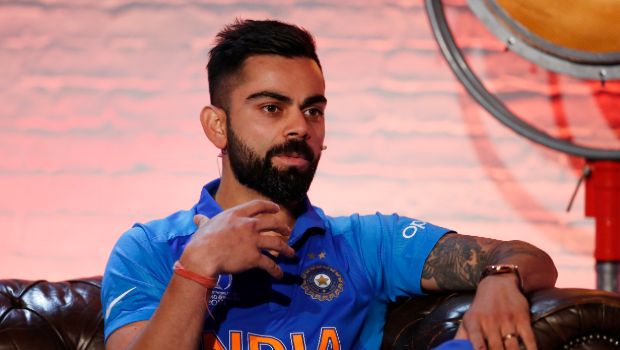 RCB posted 164 runs in their 20 overs after MI captain Kieron Pollard won the toss and decided to field first.

RCB could only add 35 runs in the final five overs and they also lost four wickets. It looked like RCB would be able to go past 180 at one stage but they lost wickets in clusters.

Mumbai Indians gun pacer Jasprit Bumrah bowled a fantastic spell as he conceded only 14 runs in his quota of four overs and scalped three wickets. The 17th over was bowled by Bumrah and it was the turning point of the game. The ace paceman accounted for Devdutt Padikkal and Shivam Dube and bowled a double-wicket maiden to peg RCB on the backfoot.

Subsequently, Trent Boult dismissed Chris Morris in the next over as RCB lost three wickets in five balls.

RCB could not add the finishing touches and they were well short of the par score. In fact, RCB had got off to a fine start as Devdutt Padikkal and Josh Philippe added an opening alliance of 71 runs inside eight overs. Thus, RCB was on top but their middle order could not capitalise on the good start, which was given by their openers.

Virat Kohli said in the post-match ceremony, “It was a strange phase of batting (the last five overs of the RCB innings). Everything went to the fielders and these kinds of things happen. They bowled in good areas in the last 5 overs and stopped us 20 runs short. We were in the game until the 17th over and that was a decent effort by our bowlers. It’s basically up to the gut of the captain and the conditions, we thought Dale and Morris for initial swing, and Washy in the powerplay. We needed a few wickets there, but their batsmen did a good job”.

Meanwhile, RCB have lost their last two matches and they would like to get back to winning ways. RCB bowlers also couldn’t keep Suryakumar Yadav in check and the right-hander played a match-winning unbeaten knock of 79 runs.

RCB has not yet secured their playoffs berth and they wouldn’t like to take their foot off the pedal. The Virat Kohli-led team will next face Sunrisers Hyderabad at Sharjah Cricket Stadium on 31st October.