IPL 2020: My knock looks better because our bowling group was exceptional – Rahul Tripathi 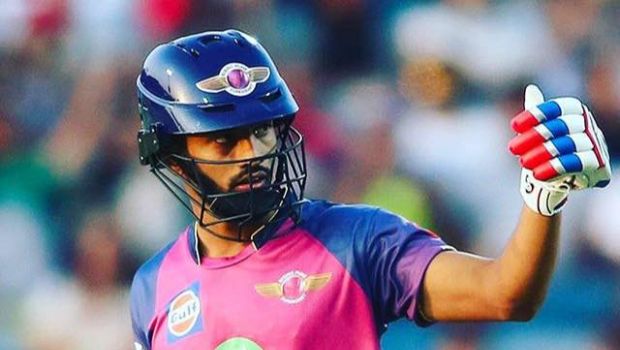 Whenever you get an opportunity at a stage like the IPL, you should be prepared to grab it with both hands.

Rahul Tripathi had scored a fine knock of 36 off just 16 balls against Delhi Capitals while batting at number eight to keep his team’s hopes alive. However, his inning had gone in vain as DC had won that match by 18 runs.

With Sunil Narine not in the best of forms with the bat, there was an anticipation that Tripathi could be asked to open the innings by Dinesh Karthik and Co. The right-handed batsman from Maharashtra had done well while playing for Rising Pune Supergiant but had veered off the track since then.

When the opportunity presented itself in the crucial match against Chennai Super Kings at Sheikh Zayed Stadium, Abu Dhabi on Wednesday, Tripathi was ready. The right-hander scored 81 from just 51 balls with the help of eight fours and three sixes as he timed the ball to perfection.

Tripathi is not a big hitter of the ball and the move to promote him to the opening slot, was worth the gamble. The 29-year old made good use of the powerplay conditions as he was able to clear the 30-yard circle with aplomb.

“My knock has become better because you guys bowled well and we won the game, winning knock changes everything, my knock is good because of the bowling group really bowling well through the middle overs. I was just thinking simple, I was just trying to look at the wicket and time the ball, I was not thinking too much. I was excited to open for KKR and along with Shubman,” Tripathi told Varun Chakravarthy in a video posted on iplt20.com.

This knock must have given a shot in the arm to Rahul Tripathi and he will aim to continue his good show. The Ranchi born was able to impress with his skills. Tripathi has thus far scored 875 runs in 35 IPL matches at an average of 28.23 and an impressive strike rate of 141.36.

KKR are now at the third place in the points table after three wins from five matches. Dinesh Karthik-led team will next face Kings XI Punjab at Sheikh Zayed Stadium, Abu Dhabi on 10th October.