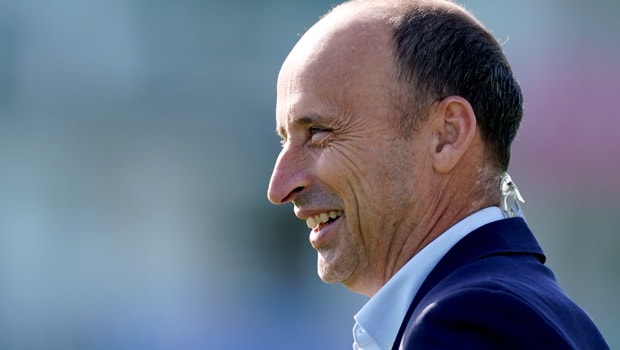 Former England captain Nasser Hussain has picked his IPL XI of the tournament, in which he selected Kings XI Punjab captain KL Rahul as his skipper. Rahul is accompanied by Delhi Capitals opener Shikhar Dhawan at the top of the order.

Hussain selected Hardik Pandya to bat at number six. The right-hander scored 281 runs in 14 matches at an average of 35.12 and a whirlwind strike rate of 178.98.

Rashid Khan is the solitary spinner for Nasser Hussain. Khan scalped 20 wickets in 16 matches for SRH and played a crucial role in the success of his team.

Jofra Archer, Kagiso Rabada, Trent Boult and Jasprit Bumrah constitute the pace battery of the team. Archer was brilliant with the ball as he scalped 20 wickets in 14 matches at an average of 18.25.

Rabada bagged the Purple cap as he has scalped 30 wickets in 17 matches whereas Bumrah snared 27 wickets in 15 matches. Boult scalped 25 wickets in 15 IPL matches for MI.