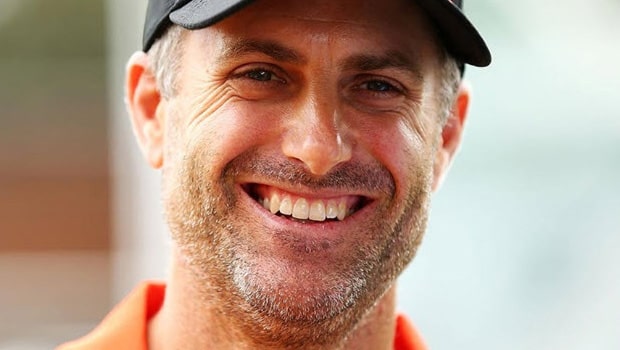 Royal Challengers Bangalore head coach Simon Katich reckons the next four games will make or break their tournament. RCB will play their four matches within eight days (after 10th October) and it is going to be a difficult job for the players to keep the energy level high. The Virat Kohli-led team has had a decent start to the tournament as they have won three and lost two matches.

Bangalore were not up to the mark in their fifth match of the season against Delhi Capitals as they lost by a gargantuan margin of 59 runs. RCB could not keep the opposition batsmen in check as DC went on to post a par score of 196 runs after Virat Kohli had won the toss. RCB bowlers were once again expensive both at the start and in the fag end of the innings.

Subsequently, Bangalore could not get going in their batting innings as they kept losing wickets at regular intervals. RCB could only manage 137 runs in their 20 overs as Kagiso Rabada was the pick of the bowlers for DC with four scalps.

A team which generally wins seven or eight matches in the league stage goes on to qualify for the playoff stages. RCB will need to be on their toes in the upcoming matches and they will want to come up with their best.

“In the next phase, we have four games in eight days, it’s going to be tough, this is where we will make or break the tournament. I still want us to be really positive,” Katich told his players after the match in a video posted on the official Twitter handle of RCB.

Katich added that they lost the momentum in the early stage of the match against DC and they were not able to bounce back into the match after that. DC kept winning the crucial stages whereas RCB were not up to the mark.

RCB will look to make a solid comeback into the tourney. Bangalore will be next up against Chennai Super Kings at Dubai International Cricket Stadium on 10th October.