Home » Cricket » IPL 2020: Nice to show people we do have a middle-order – David Warner

IPL 2020: Nice to show people we do have a middle-order – David Warner 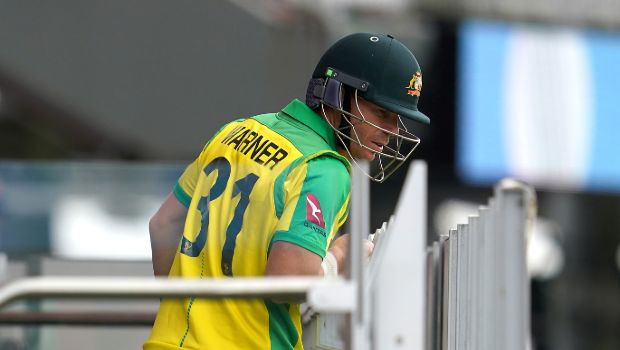 SRH were once again under the pump when they lost early wickets of their captain David Warner and Jonny Bairstow.

Both Warner and Bairstow are the main batsmen of SRH and the Orange Army was on the backfoot at 16-2. Meanwhile, SRH’s middle order has been their Achilles Heel and they have failed to deliver the goods throughout the tournament.

However, Manish Pandey was able to hit the ground running as he timed the ball to perfection. Pandey scored a match winning knock of 83 runs from 47 balls whereas Vijay Shankar also scored 52 runs from 51 balls. The pair added 140 runs for the third wicket alliance to take their team over the line.

Warner stated it is nice to show people that they do have a middle-order. SRH were under the pump and Pandey and Shankar were able to get their team out of the trouble. It was a do or die situation for SRH as they had lost their previous three matches.

Warner added that they haven’t lost early wickets in the past and thus their middle order hasn’t got a lot of chances to bat in the middle.

David Warner said while talking in the post-match ceremony, “It’s good to show people that we do have a middle-order. We haven’t lost early wickets before, so they haven’t got a chance. I have said in the past, we are a better defending team. You have to back yourself, no matter what, even in this cold weather and when the dew comes in”.

On the other hand, Warner heaped praise on Jason Holder, who played his first match of the season for SRH. Holder had a fine start as he scalped three wickets and conceded 33 runs in his four overs. Warner added that the West Indies Test captain brings value to the bowling attack and the team can use his experience to great effect.

It was a dominating performance from SRH as they won comfortably by eight wickets. SRH will play their next match against Kings XI Punjab at the Dubai International Cricket Stadium on 24th October.