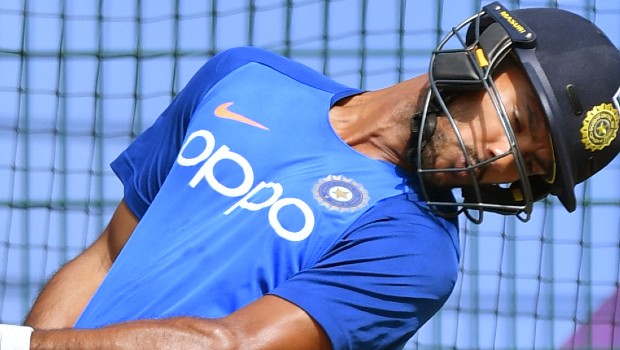 The recently inducted ICC elite panel umpire, Nitin Menon has come under scrutiny for his poor call of short run in the second match of IPL 2020 between Delhi Capitals and Kings XI Punjab. Menon, who is mostly known for his accurate calls, made a controversial decision when he signalled a short run in the penultimate over of the game.

On the third ball of the 19th over, Mayank Agarwal had stroked the ball to deep extra cover but Nitin Menon called the short run from the square leg umpire position as he thought that Chris Jordan had not got his bat into the crease. However, on replays it was shown that Jordan had grounded his bat.

Subsequently, the match was tied after KXIP required a solitary run off the last three balls. The short run was effectively the difference and had Menon not made the wrong call, Punjab would have already won after Agarwal had scored a boundary on the third ball of the final over.

After the match, former Indian opener Virender Sehwag lashed out at Menon and stated he should be awarded the Man of the match.

“I don’t agree with the man of the match choice. The umpire who gave this short run should have been man of the match. Short Run nahin tha (It was not a short run). And that was the difference,” Sehwag tweeted.

Aakash Chopra also shared his thought on the controversial decision, which turned the match upside down.

“One short that wasn’t. Technology must take over in these cases…..but that’s possible if only the third umpire spotted it in time. What if #KXIP don’t make it to the final four by 2 points?? Tight,” Chopra said.

KXIP co-owner Preity Zinta was also not amused by the decision and urged BCCI to introduce new rules.

Zinta wrote in her tweet, “I travelled enthusiastically during a pandemic, did 6 days of Quarantine & 5 covid tests with a smile but that one Short Run hit me hard. What’s the point of technology if it cannot be used? It’s time @BCCI introduces new rules.This cannot happen every year”.

Meanwhile, we have seen many umpiring howlers in the past, which has played a big role in the final result of the match. However, the third umpire should communicate to the on-field umpire after noticing the error. But as things stand currently, the third umpire can not over rule the on-field call till he is asked to do so.

Punjab will play their next match against Royal Challengers Bangalore on 24th September at Dubai International Stadium.